A Day in Claremont Village. #RoadTripOil

(This shop has been compensated by Collective Bias, Inc. and its advertiser. All opinions are mine alone. #RoadTripOil #CollectiveBias)

Something that I needed to address before we headed out to Claremont, California, last month, was….my car. My trusty, old reliable 2004 vehicle has been there for me since 2009. Back then, I was lucky to do a getaway here and there with it, but, now? Living in Los Angeles, just wanting to go anywhere in our traffic can feel like a “road trip”!

I did realize that I was over due for an oil change and thank goodness I could kill many birds (Or catch Pokemon) with one stone: I needed to head to Walmart for some road trip essentials and realized that while I shop, I could drop my car off for an oil change at their Automotive Care Center. Not only was it easy-peasy when I called to schedule my appointment, but, I was also informed since my car is a bit of a “senior” (Ahem, older!) that  now through September 28th,  Pennzoil® High Mileage Vehicle® is on Rollback from $39.88 to $35.88. Win-win!

With Pennzoil® High Mileage Vehicle® motor oil, I was told by the guys at Walmart how it helps clean out the “sludge” lesser oils leave behind, and can even help reduce leaks and oil consumption. It’s a motor oil specifically designed for new or late-model vehicles with over 75,000 miles, with the idea of keeping engines running clean and going strong. Which my car definitely needs.

My car certainly felt strong and mighty as we headed out to Claremont. And, while Claremont is the ideal walking city, we were staying about 6 miles from the restaurants and fun, so, perfect excuse to take advantage of my oil change and service!

With Claremont’s very own city gift cards in hand, Mike and I were starving and ready to find a great meal. If you’re wondering what “Claremont Gift Cards” are, you can purchase them at The Chamber of Commerce to use at any or all of the participating local businesses. While it’s usually a personal shop or cafe that provides gift certificates, The Claremont Chamber of Commerce has once again proven how creative they are with generating new visitors and those that already know this gem of a city (psst, like me).

We decided to check out BUA Thai, in the heart of “The Packing House”, which the city began in 2007 and found an old railroad station getting a major face lift to attract those in Claremont looking for a bit of a modern experience without taking away Claremont’s “laid back” college town vibes.

With indoor or patio dining, BUA boasted many traditional Thai restaurant amenities and had a massive selection of Thai cuisine faves (as well as most available gluten-free! Just let your server know.). Craving my “go-to”, I decided to get Spicy Tofu Eggplant. If nothing else, to see how it fares with my most favorite Thai restaurant here in the valley. The verdict? I told Mike that I would choose BUA’s over my usual!

While at first, Mike was surprised he was not asked how spicy he wanted his dish, the answer was soon revealed that every spice and peppers and hot sauces you could think of to have on your Thai food, was set in front of us at our table. It turned out to be a great thing, instead of hoping you spoke correctly by saying “medium”, or even “mild”.

And, of course, no visit to Claremont is complete without a visit to their Folk Music Center and Rhino Records. Both apart of the gift cards program, we had a ball in Rhino deciding what to bring home. Their Donald Trump coloring book was awfully tempting!

Right across the street from Rhino, is the Folk Music shop, which I have written of before. Owned by musician, Ben Harper, and his family, this store is an absolute treasure chest of magic and creativity. Whether you want to pick up a banjo or guitar for the first time, or are a violinist needing a new one, or some strings, this is a legendary shop that musicians far and wide flock to. Nearly every instrument displayed is available to pick up and play a tune on. They’re also the creators of Claremont’s annual Folk Music Festival.

If after you get your folk and rock fix on, mosey on down to get some major NERD on at A Shop Called Quest. While I am not as familiar as I’d like with comics, I usually get excited in comic shops as they have so much beyond comics to enjoy. From a beautiful complete series of Neil Gaiman’s Sandman comics, to T Shirts and the most POP! bobble heads I’ve ever seen, this local fave is a must see.

Our little local getaway to Claremont was just what we needed, and to have zero anxiety about my car’s needs, thanks to Pennzoil® and Walmart, made it even more fantastic. Not to mention, my fun shopping time while I waited for my car….this could at last be the ideal purse to hold all my junk when I travel. Went around it a few times, and decided I was being stupid, and bought it. I was saving money with the oil change rollback, right?? 😉 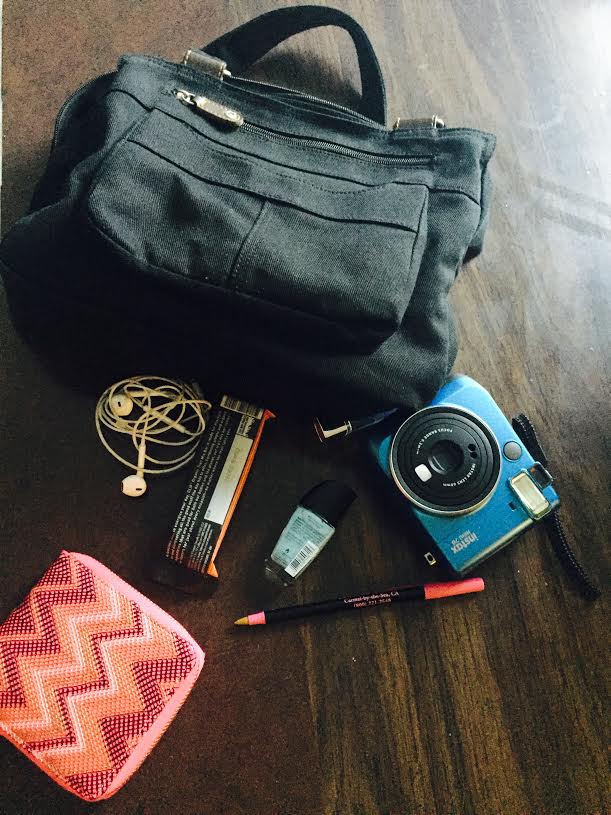 Huge thanks to Visit Claremont as well, for the great experiences with our gift cards! Where will you go after a Pennzoil® oil change at Walmart?! xo