Take me out to the ballgame! America’s favorite pastime is at last in season again and living in LA means only one thing: Go Dodgers! While I grew up with a Grandma obsessed with baseball (but, alas, not the Dodgers. Giants and Angels girl for life she was) and devotedly watching every game on TV, its crazy to think that I never went to any games growing up.

Enter the blog, and one of my first experiences being accepted somewhere as “Media” was, indeed, at a Dodgers game. I got the VIP treatment with a meet and greet with Andre Ethier, tour of the stadium, pictures on home plate and even a suite to enjoy the game from. It was the ultimate “All-American” night out and was incredible to watch a full stadium cheer, boo, eat and have a blast. I’ve been a fan ever since.

But, speaking of eating….

When this season began approaching, I was thrilled to be invited back by the Dodgers for their media preview of their all new MENU’s and eats coming to Dodger Stadium this year. Gathering at The Baseline Club, this bar and grill has a spectacular view of the stadium and is an ideal watering hole to meet up before the game, or even enjoy the game from, while mingling and sipping cocktails and some of the MANY custom designed baseball favorites like Dodger dogs, tater tots and the Dodger dog burger. Yes, that is what I said.

Dodger stadium prides itself on going beyond a baseball stadium. Much like fellow LA landmarks Hollywood Bowl or Griffith Park, the stadium is also an ideal location in LA to make a day out of. Arrive early and grab food and drinks at Baseline Club or one of their several other on-site restaurants, do some shopping for your baseball-obsessed friends (or just get that hoodie you have been eyeing), walk around to take in the sights and see if the crowd is pro-Dodgers or not, get cozy in your seat, and plot what you will be sipping and munching once they yell, play ball!

And, unlike the days of a jumbo hot dog, ice cream and a cold beer (or two),the Dodgers are serving uop some impressive dishes and full meals. Whether you want a delicious (and more on the healthy side) poke bowl or are vegetarian and want a veggie dog, the Dodgers have worked hard to ensure that everyone’s needs are met and that you won’t feel like you’re coming from left field (see what I did there?) if you ask for a gluten free or vegan item.

Being unveiled THIS Saturday, will be the Dodgers gorgeous statue of MBA legend, Mr. Jackie Robinson. While we have seen some minor teasers and sneak peeks, this statue is sure to be an incredible tribute to one of the best in the sport. 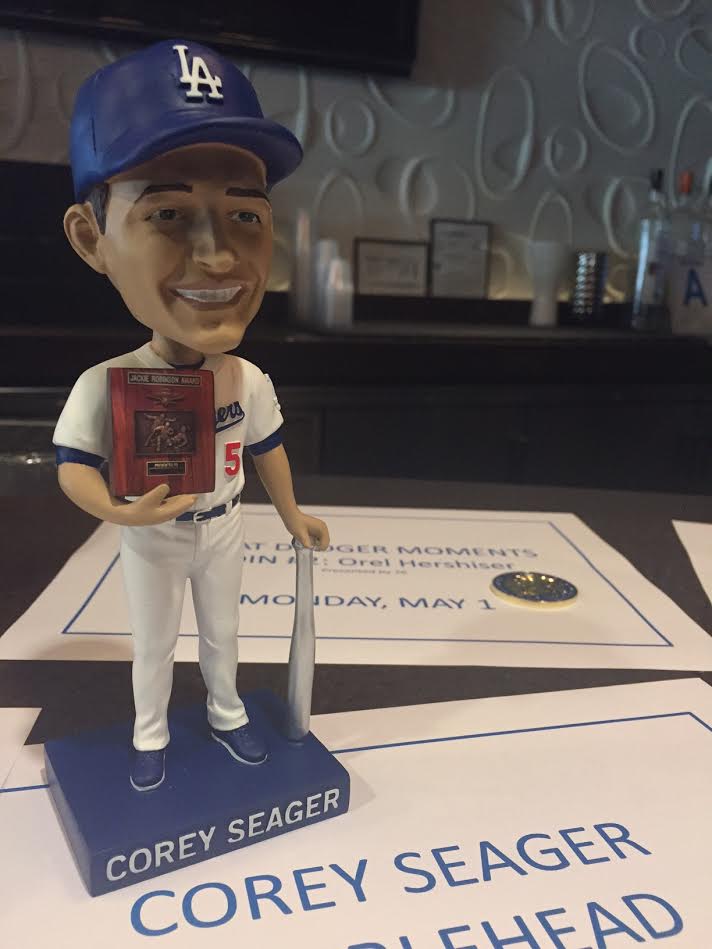 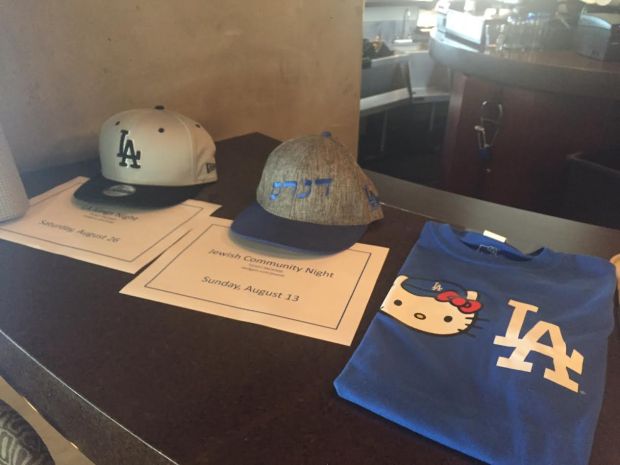 Another reason to always arrive early? The swag. The Dodgers have easily pulled out all the stops this season with such fun items offered to the first (usually) 40,000 attendees. This year, some of the offerings include college hats to coincide with the school’s night (USC, Cal State Long Beach and UCLA, just to name a few), travel bags, sunglasses, yoga mats and, of course, the bobble heads.

If you took notice at yoga mat, you read right! The Dodgers will even be hosting Yoga Nights that not only include that mat, but, the opportunity to be apart of a yoga class ON the field. How many people can say they have the Child’s Pose on the Dodger s field?!

The season began April 3rd, and will only be getting better. Plan your season at the ball game HERE.

(*Disclosure: I was a guest at the Dodgers press luncheon. All opinions are my own.)