I have always had a fascination with fire escapes. Is that odd? Maybe a little. I attribute it to growing up in California, where we don’t see them all that often compared to New York City. When I would watch TV shows like I Love Lucy or The Honeymooners, I remember asking my Mom, “Whats a fire escape??” & she would explain how important they are with very large building to be…well, like they are called, a way to escape a fire 😉 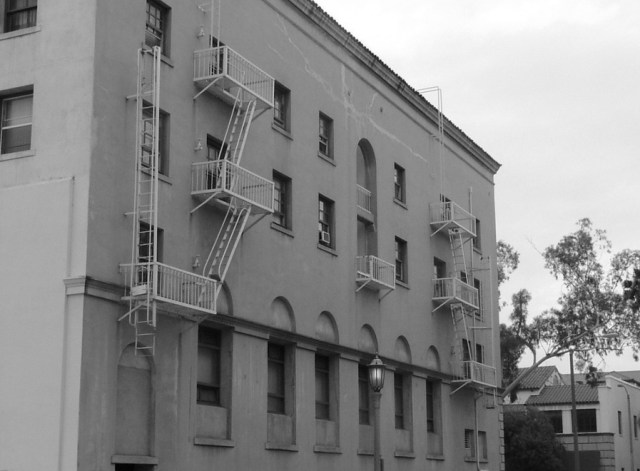 I snapped this shot while waiting for my friend at The Hollywood Bowl park & ride shuttle stop in Pasadena. Amidst the gorgeous architecture found among the city buildings (Police station, library, City Hall…), was this very old building with…fire escapes! I really like how this photo came out, especially after some cropping magic as well as making it black & white.

Have you ever lived in a building with a fire escape? I hope you’ve never had to use it, if you have resided with one. xo