Kevin from Work is a Great Addition to ABC Family!

We’ve all been there. The dreaded crush on someone who seems completely un-attainable or not interested at all in getting to know you. Haven’t we? I certainly know I have, and, since I have been writing for as long as I can remember, I am indeed guilty of penning poems, lyircs…even notes directly to that special someone with high hopes of maybe, by some freaking MIRACLE that the other person might possibly be thinking the same of me. My past results? Never worked out, sadly, which of course made me feel like a piece of crap. Yet, I am still extremely glad that I have always been a bit (ok, a lot) of an open book & not afraid to wear my heart on my sleeve.

This scenario is the premise of the new ABC Family sitcom, Kevin from Work, premiering Wednesday, August 12th. Kevin (Noah Reid) has worked for 3 years at a dull office job but has an anything but dull cubicle mate: the object of his affection, Audrey (Paige Spara), who is perfect to Kevin in every possible way. When Kevin gets a job offer that will take him to Italy, he jumps at the chance & begins saying farewell to his friends in Los Angeles & even renting out his apartment to his teenybopper little sister, Roxy (Jordan Hinson). When a night of partying with his colleagues, including Audrey, finds Kevin doing what none of us should do when there’s an object of our affection (get drunk), he decides to go all old-school romantic & write Audrey a letter declaring his love for her. No harm done, he’s moving to Italy! He won’t see her come Monday. 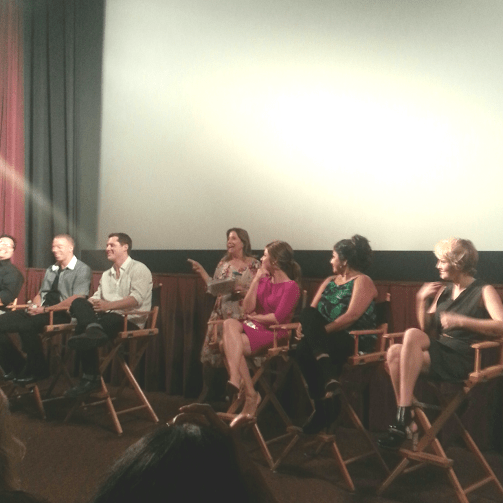 WRONG! As he awakes to recover from a monster hangover, he gets the unfortunate news that his dream job has of managing truffles & sea salts for a food company has fallen through. As he retraces his foot steps & pieces together that there’s a letter en route to Audrey, hilarious hijinx begin as Kevin attempts to get this letter back before his maybe-lady reads it.

Following seeing a preview of this premiere episode in Beverly Hills, we were treated to a great Q&A with the stars of the series:Reid, Spara, Hinson, Punam Patel, Matt Murray & Jason Rogel (who was also celebrating his birthday that evening!). Talent is definitely none of the cast is lacking, & it was great to see what a strong bond both on & off-screen this bunch seems to have. Missing from the team was Amy Sedaris, whom I love. She plays Kevin’s demanding, flirtatious boss, Julia, & is guaranteed to be a stand out on the show. As is Patel as Patti, Audrey’s room-mate & meets Kevin in a hysterical turn of events…you will see 😉 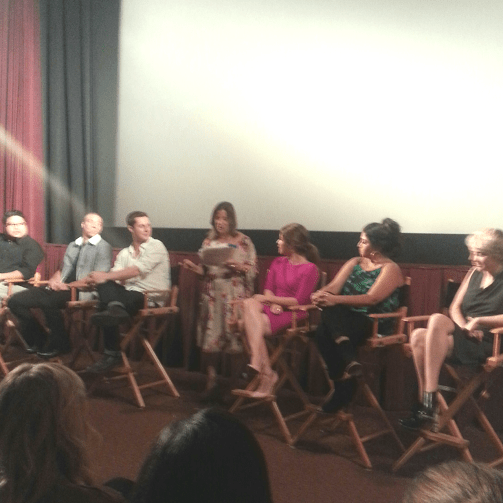 As a huge lover of the ABC Family line up, Kevin from Work is a delightful addition to their roster. Audiences will emphasize & root for Kevin & the rest of the gang as they are all desperately searching to figure life & love out. It premieres Wednesday, August 12th, with back to back episodes, at 8pm!

(*Disclosure: I was invited to cover this media preview event. All opinions are my own.)