A Magical Day with Tori Amos at The Greek Theatre.

So, I have felt very AWOL from my writing for the past few days. Remember my posts regarding the excitement brewing for my Tori Amos shows? Well, my friends, those magical days are now in the record books & I am still holding onto the gold dust that passed through my hands in LA & San Diego!

For those of you who are unfamiliar, Tori Amos has been in the pop music/alternative scene since 1991 when her masterpiece, Little Earthquakes, was released. Since her early days, the now 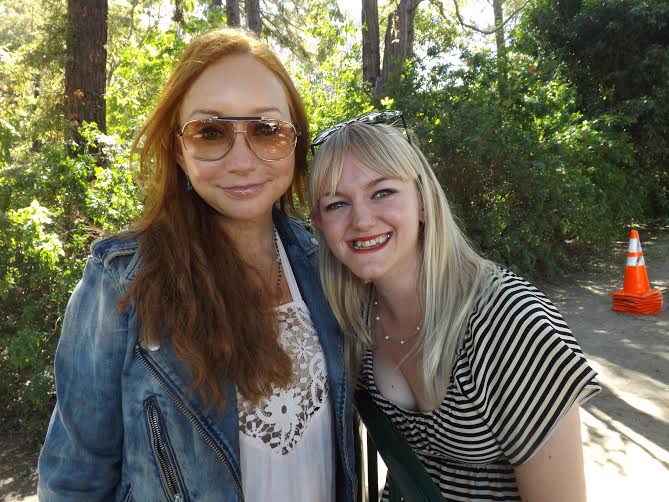 50-year-old pianist has built one of the most devoted fan bases in musical history. How? By listening. By being real. By being kind. Unless she absolutely cannot make it out due to time restrictions, you will find Tori hanging out with fans at her famous “Meet & Greets” about an hour or so after arriving to the venue to perform at that evening. She takes requests, holds hands, lets you cry, asks you what’s new, & might even remember your name if you’re a ‘regular’. As Rolling Stone once said, “Yes, she’s all that, plus tax.”

While I have yet to be as hard-core as I would love to, & like some of my dear friends have had the pleasure to & follow her tour further than just in California (I’ve done Oakland, San Jose, Santa Barbara, LA & San Diego), her current unrepentant Geraldines tour is in full swing & many fans feel she’s in the bestest form she has been in years. Just her & the pianos, previous tours since 2005 have found her dressing up as Greek God archetypes, with her rock band & even with a string quartet. This time around, it’s all about rocking the piano bench & playing gems she might be playing for the first time in years, or first time, period. 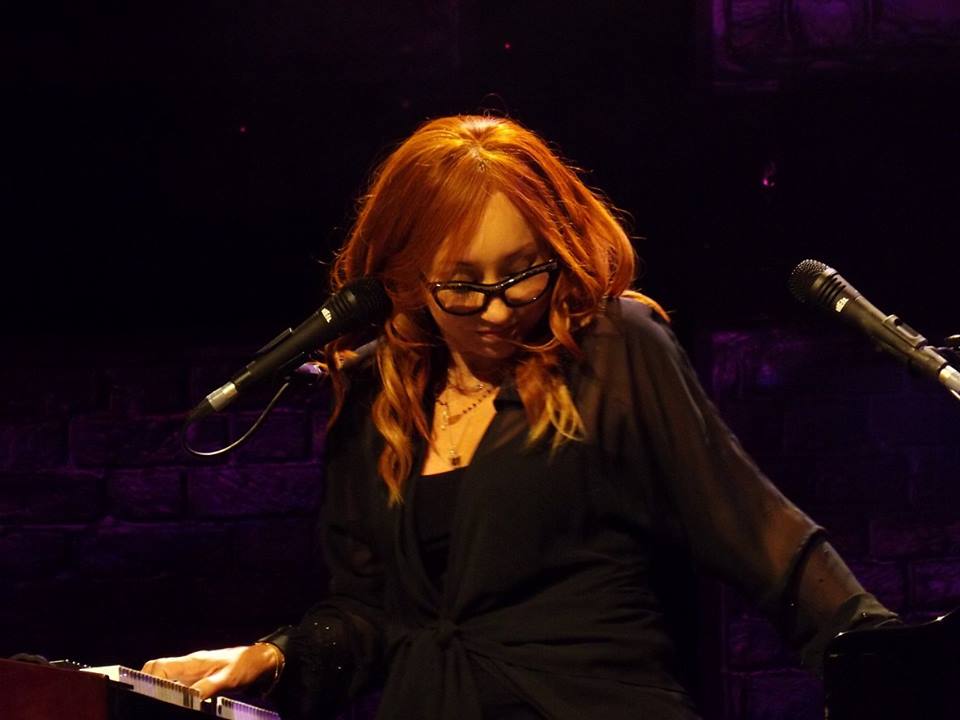 For my first of 2 shows, I arrived early in the afternoon to spend the day at The Greek Theatre & hang with some of my greatest friends (even dogs showed up, too!). Despite the summer heat, we were blessed that we awaited The Goddess herself under the shade & surrounded by gorgeous trees. There was even a great café at the golf course to absorb all that had gone down post Tori chats.

While it was my 4th time meeting her, something about this encounter was so very special. I shared with Tori how I have finally learned to look to her music to help me, but not her songs alone, & that I have at last found happiness with Michael, my boyfriend. Maybe she’s an actress, but this woman always seems genuinely interested in what you have to say, & appeared truly happy that I told her I am the happiest I’ve ever been since I started listening to her & her music. While I know others requested it, I also asked for Oysters, a gorgeous track from the new album regarding letting go & accepting happiness in your life despite your past & “stalking memories”. It was the first time she’s ever played a song I’ve asked for, I cried as I held Mikes hand! 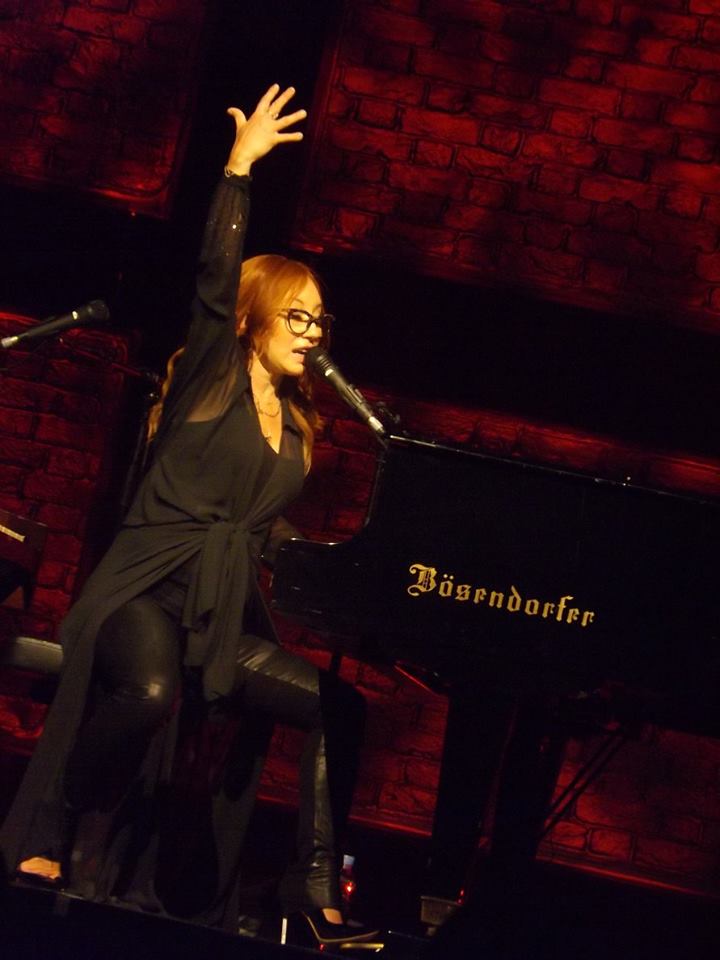 Tori’s set began promptly at 8:20 with her staple opener, The Beekeepers first track, Parasol. When she gets to the note where she slaps her Bosendorfer, its one of the most electrifying,  intense moments. You can feel her frustration in this song, letting go of being betrayed.
She moved onto the lovely Bouncing Off Clouds, which has one of my most favorite lyrics: “It’s not as heavy as it seems.”

As the night went on, it was very clear her theme of this concert, which she does for every show, was guilt/letting go/moving on. Favorites from Little Earthquakes popped up, including Crucify, Winter & the title track.

For those who know a lot about her, you might know she put out a self-proclaimed “disastrous”  80s album, Y Kant Tori Read. It failed miserably, yet she seems that at last she wants these songs heard live, & not just from the speakers of the fans. Personally, I love this album & am thrilled more songs are happening at her shows. Like Fire on the Side, my favorite from that era & the track she performed at The Greek, saying it was written miles from there. I went insane, if only Michael knew what a rarity he got to hear 😉

Tori also loves to surprise us with cover songs! We got a few goodies, including You Spin Me Round (You spin me right round like a record baby right round!”) & during the encore, one of my most favorite Depeche Mode songs, In Your Room. 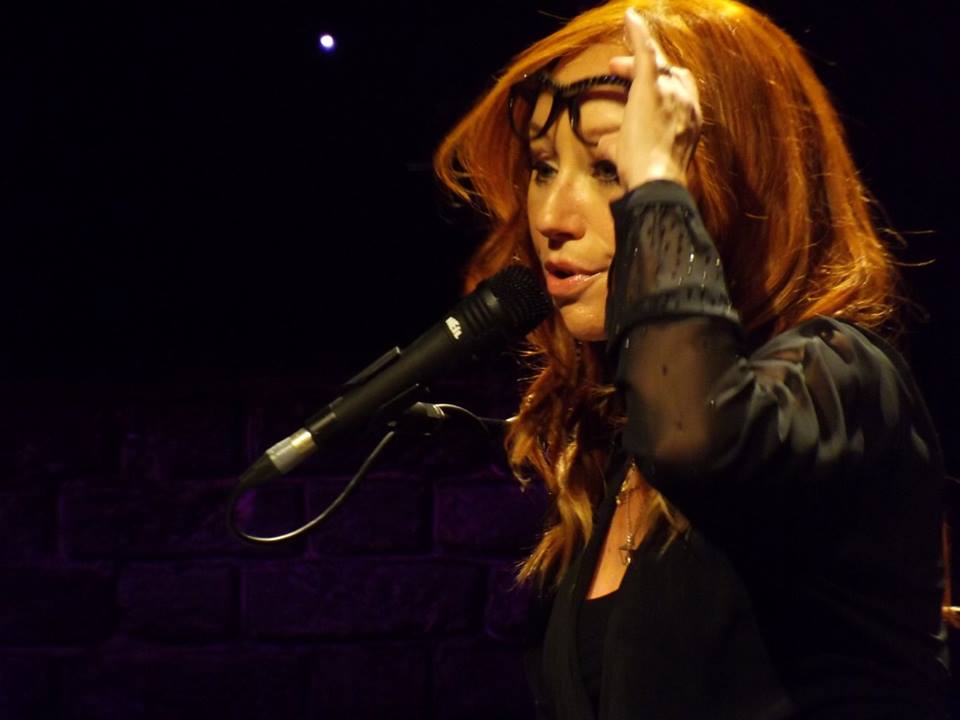 And, lets not forget. Her piano playing. Tori is one of the best in the business. A favorite I have had the luck of seeing 3 times is her combo of her song, God, Kate Bush’s Running Up That Hill & The Exorcist’s theme, Tubular Bells. She’s on fire & you can feel her energy & love for the piano.

Tori will be on the USA road til August, & check back for my thoughts on the amazing day & show I got to in San Diego 🙂 xo

(*All pictures taken by, & the property of Eva Crowder. Check out more of her work HERE.)