Meet Me at Bubblegum Alley!

Some think its an eyesore. Local shop keepers steam clean it once a month. Kids love it. Men ask for dates on it. Couples leave wrapper souvenirs to show off their, er, ‘protected’ night of fun, The city has tried to wash it all away, only to have it come back within days. What the heck am I talking about, you ask? 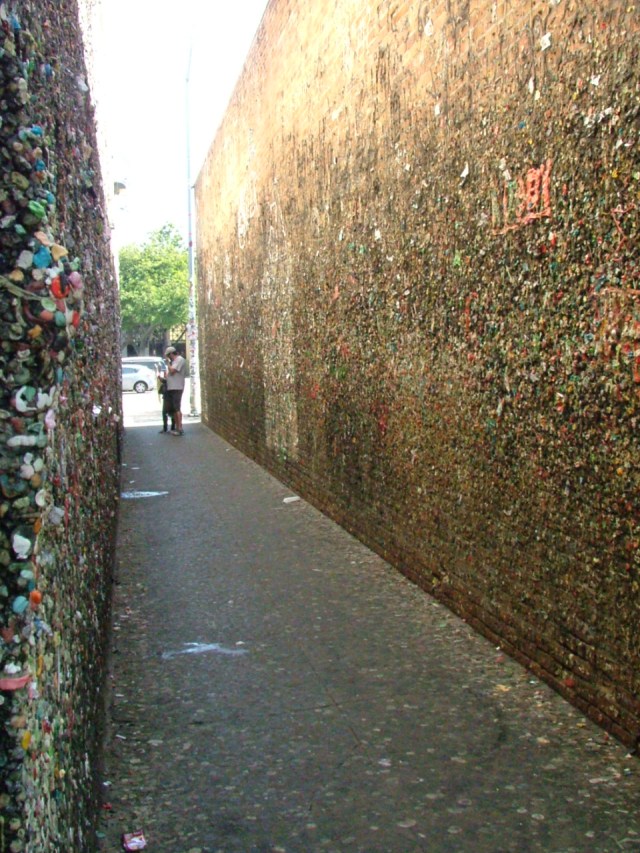 On SLO Town’s famous Higuera Street, as you’re walking down between numbers 733 & 734, you will not be able to miss an alley loaded from top to bottom with chewed, gooey BUBBLEGUM stuck onto the walls! Having been to SLO many times, I somehow had always heard of this most-talked about landmark, but never had seen it til afew weeks ago on a weekend trip north. Its even a bit of a mystery how this whole (sticky!) situation began, Some historians believe that the tradition of the Alley started after WWII as a San Luis Obispo High School graduating class event. Others believe it to have started in the late 1950s as rivalry between SLO High School and Cal Poly college students. As soon as the Poly students suspected that the high school was trying to out-do them on the gum walls, the college students stepped up their game and immediately became more creative, thus launching Bubblegum Alley. In any case, by the 1970s Bubblegum Alley was well under way. When shop owners complained that it was “unsanitary and disgusting”, the alley underwent a full cleaning. The gum graffiti survived two full cleanings in the ’70s, but when, in 1996, the BIA attempted to have another full cleaning, it was not passed. 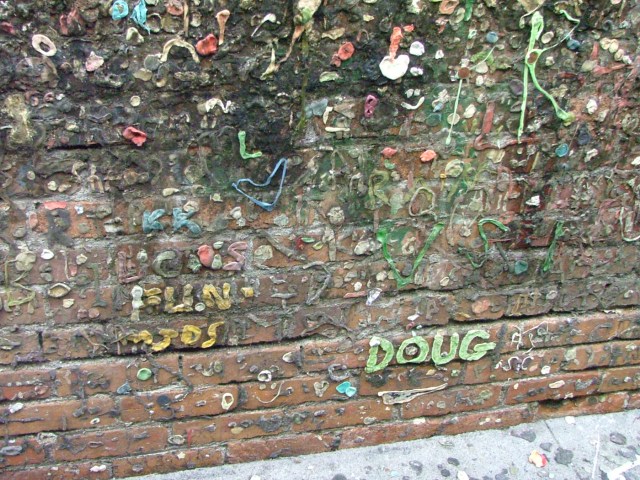 This picture above made me think Nicktoon Legend, Doug Funny, had proably been here….yeah, I am a Dork I know 😉

Its pretty neat all the pop culture that has surrounded the alley, too. Its been featured on Mtv, Johnny Carson, Jay Leno, Ripley’s Believe it or Not, E! News & in articles worldwide including The NY Times & The UK’s The Guardian….Weird Al even sings about it in a song, too 😉 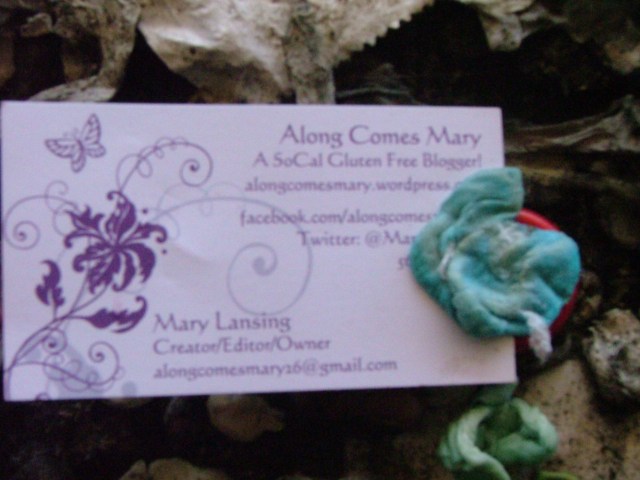 Yep…my name has been gummed there, folks!

Have you heard of Bubblegum Alley, ever been? 🙂 xo