My Year in Pictures!

Goodbye 2015, helloooo 2016! 2015 was an incredible year for me, both personally & professionally, especially here on Along Comes Mary. While I have a goals post, as well as my Word of the Year post coming shortly, how about a glimpse at my year in pictures? Enjoy! xo
JANUARY 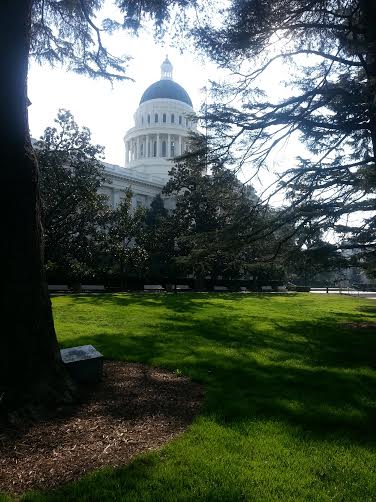 One of my favorite places to stay is now in Sacramento, The Amber house Bed & Breakfast. So cozy & peaceful. 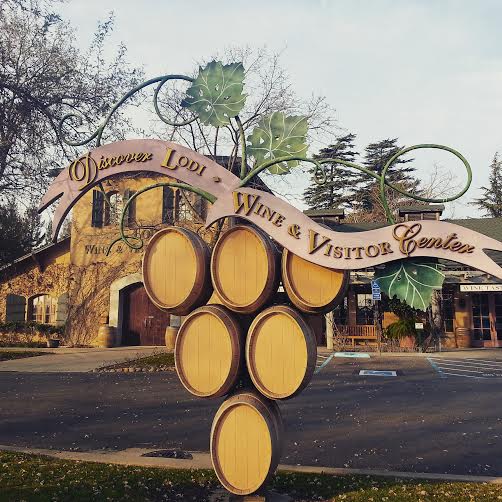 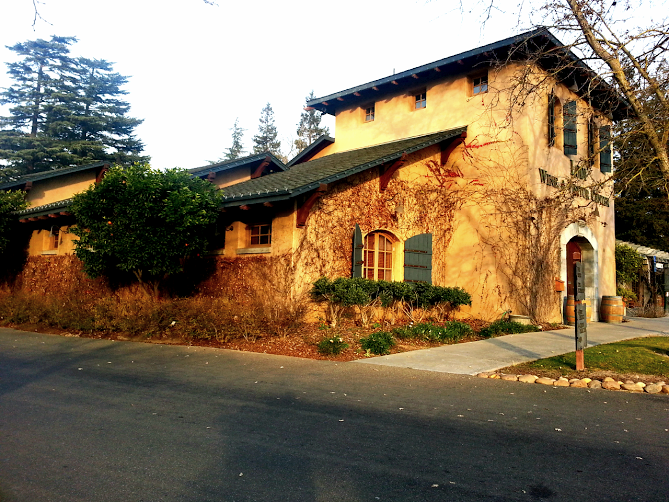 Stay right on site at an exquisite vineyard at Wine and Roses in Lodi (next door to Sacramento). 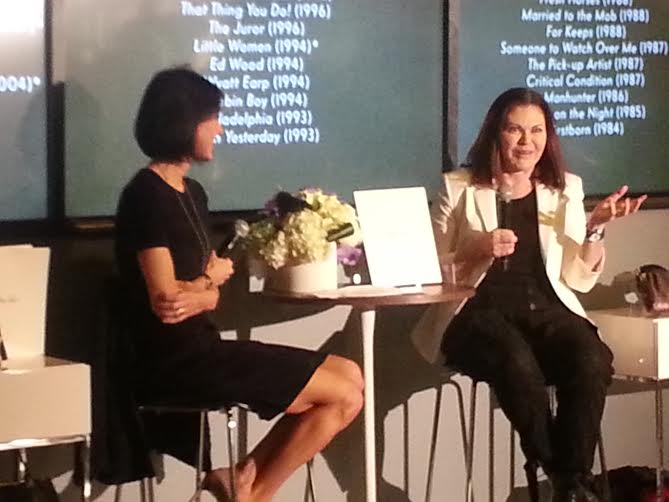 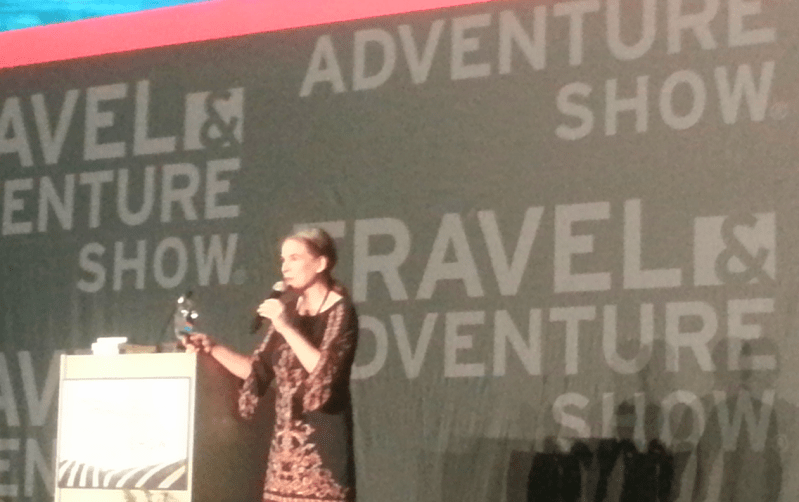 The LA Travel & Adventure Show was an amazing weekend for me, as I got to hear from amazing women I consider role models like Pauline Frommer (above) & Samantha Brown (below) talk travel, must see places & the importance of the “Summer Family Road Trip.” 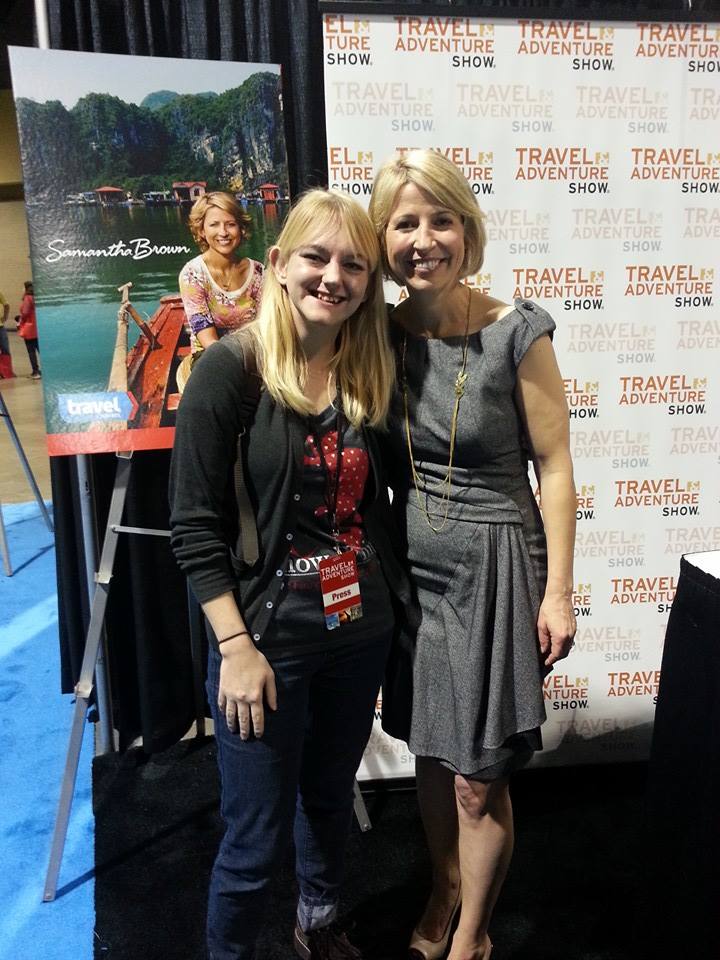 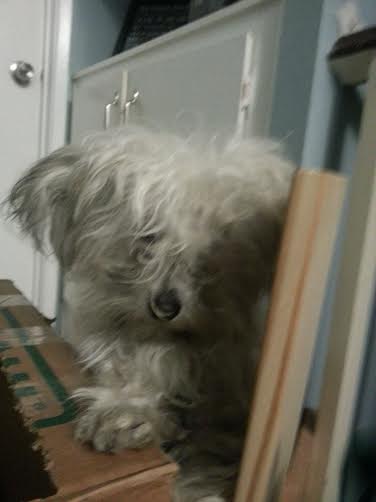 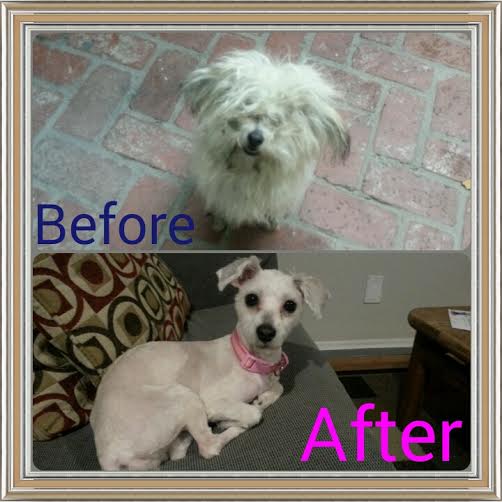 One word: NOVA! This amazing little lady found her way to me on a very low day (I had decided I needed to quit my full-time job, due to their budget & my un-happiness). Nova has been a handful, but we wouldn’t have it any other way 🙂 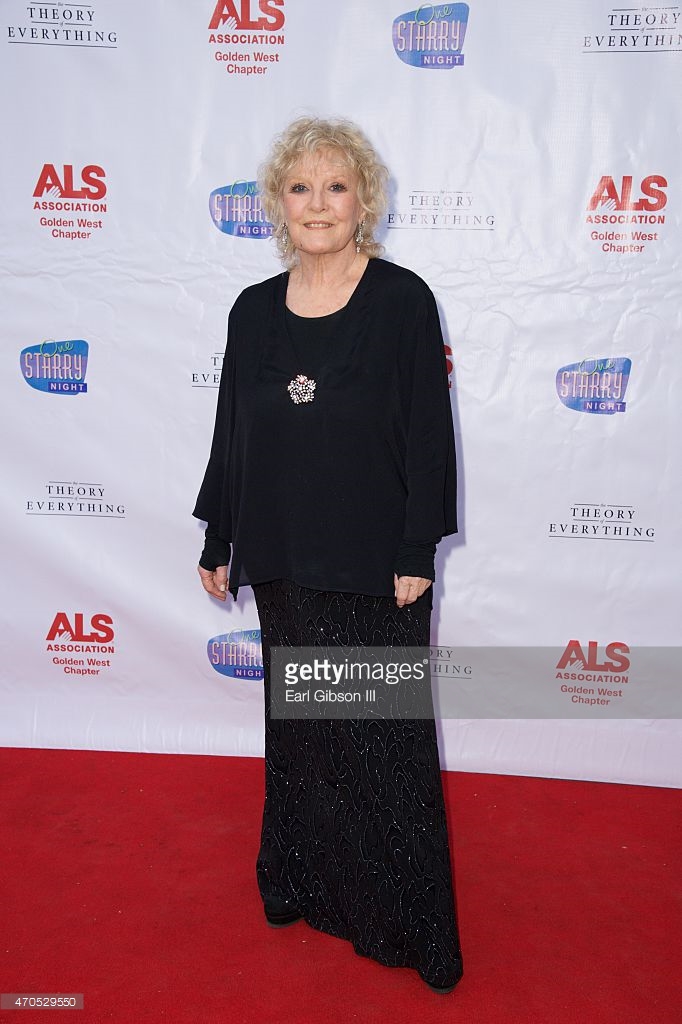 MUSIC filled my days quite a bit in April, as I attended the opening show at The Greek Theatre with Damien Rice, & was thrilled to be at The Pasadena playhouse as they pulled out ALL their stops with their 2nd annual One Starry Night gala; Petula Clark performed & it took me back to loving “Downtown” as a kid. 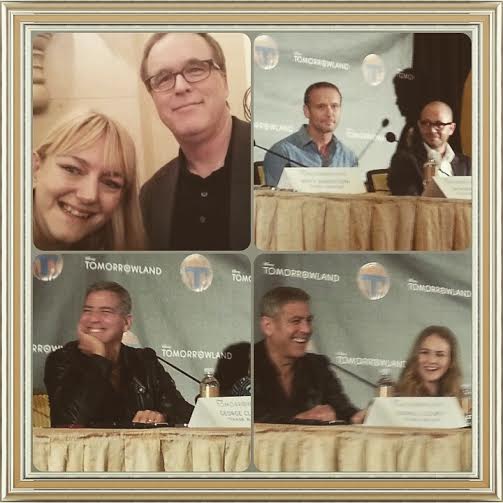 I got to interview George Clooney! Sort of. I attended my first Disney Films press junket as I went on assignment for Horsing Around in LA to write about Tomorrowland. Best part? The above selfie with Brad Bird; I had yet to be introduced to the ground breaking animated flick that is The Iron Giant, which he directed, & after recently watching it with Mike, I am still in awe & hooked. 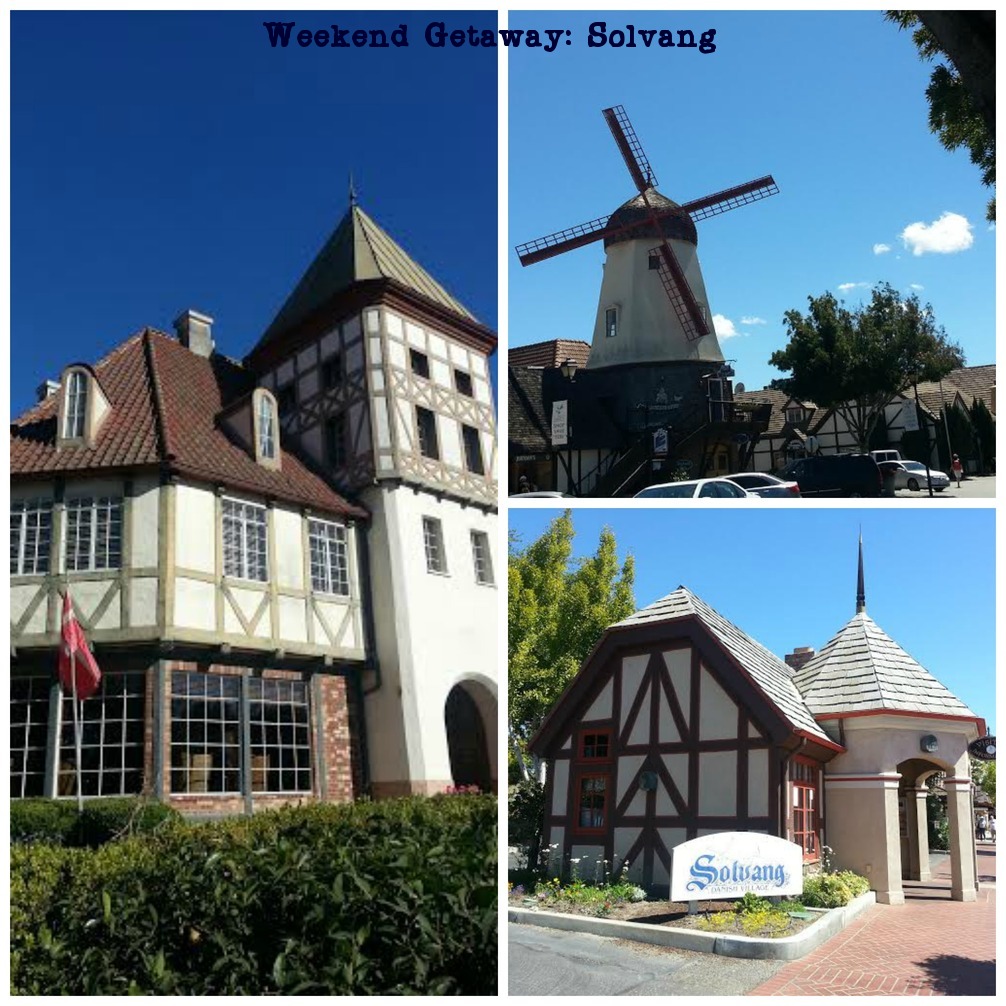 Nothing beats a Summer getaway, so I kicked off my series of Weekend Getaway posts that gave you a chance to look into such great California towns like Solvang & Carmel. The series was a success & I plan to bring it back in 2016! 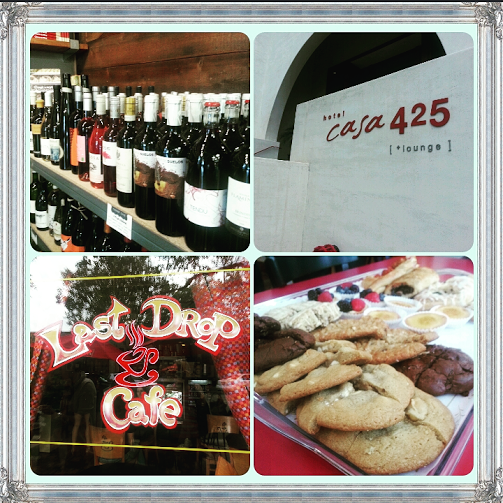 I got to do my own getaway as I headed off to Claremont, California, with fellow IFWTWA (International Food, Wine & Travel Writers Association) members. I am still recovering from the generosity of the city & all the amazing restaurants I got to experience! 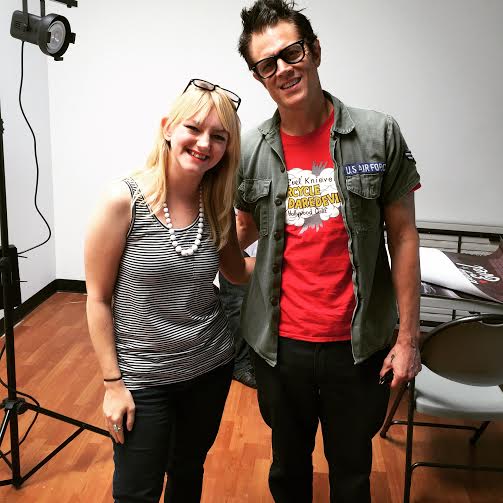 Johnny Knoxville released an amazing documentary about his idol, Evel Kineval, & I had the pleasure of interviewing him. Such a great guy, you would not associate him as being a “Jack Ass”! 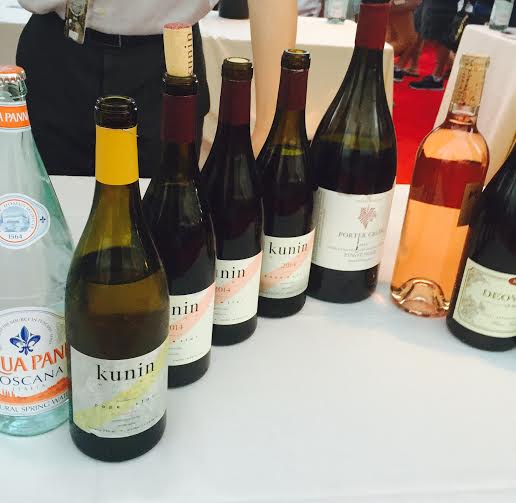 Oh, my friends–then, THIS happened. After trying for many years, I was granted media credentials to cover the very well-loved & prestigious LA Food & Wine Festival. It was all I hoped it would be….wine, food, lots more wine, more food…. 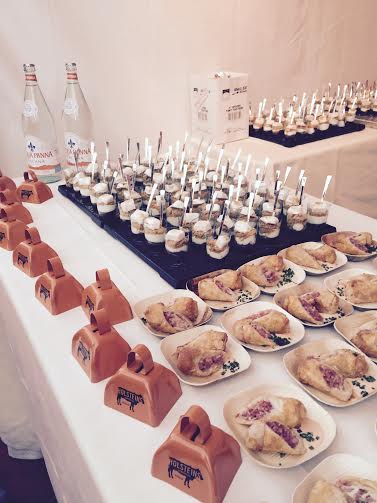 Saturday night, The Roots headlined the event & they were fabulous.

While attending The Entertainment New Media Convention  (#ENMNCon15), I came close to zip lining….harness & all 😉 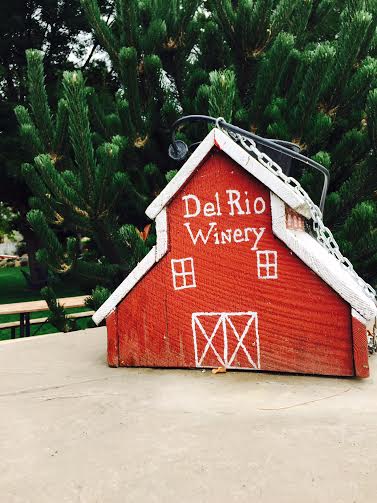 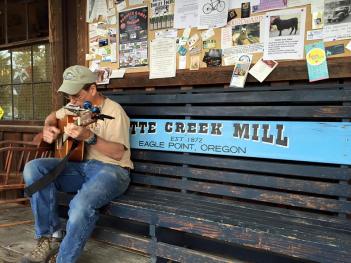 I then headed up to Rogue Valley, Oregon, once again with IFWTWA to check out Medford, Jacksonville & more gorgeous, tranquil destinations as we were treated to wine, chocolates, dinners & learning so much about the history of these towns. Jacksonville Cemetery, Dancin Winery & The Butte Creek Flour Mill were my highlights. 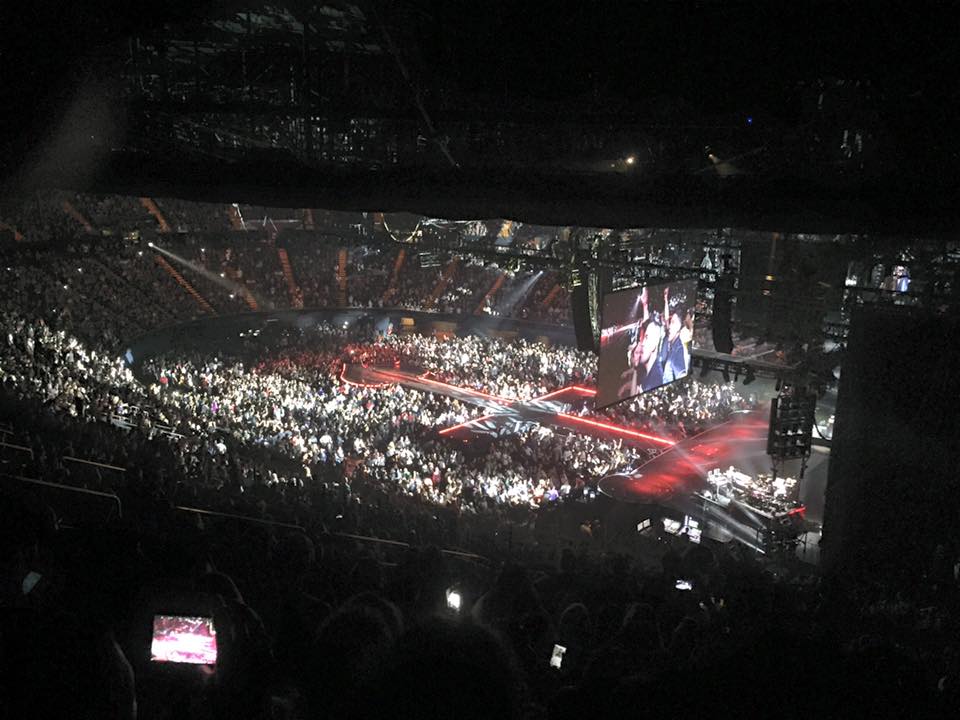 Gotta say, October was pretty bad ass (pardon my French). Just like seeing Cher in 2014, I at last saw another one named pop star idol of mine: Madonna. We were treated to her first performance of Like A Prayer in nearly 5 years, & the entire show in general was easily one of the best I have ever seen. I would see Madonna again in a heartbeat…… 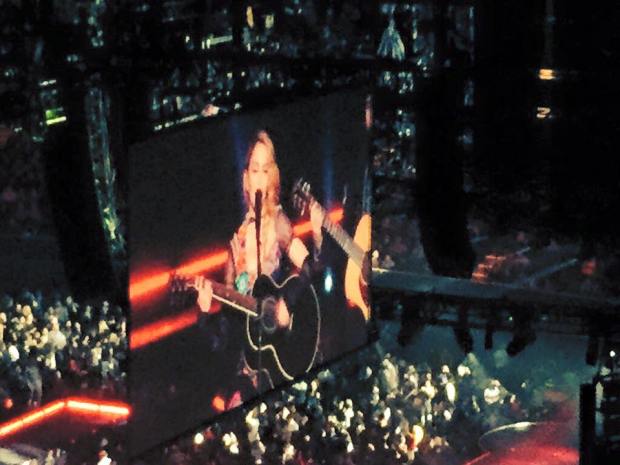 Even though, yes, our seats brought nose bleed to a new level….& they were $100 each. Worth it! 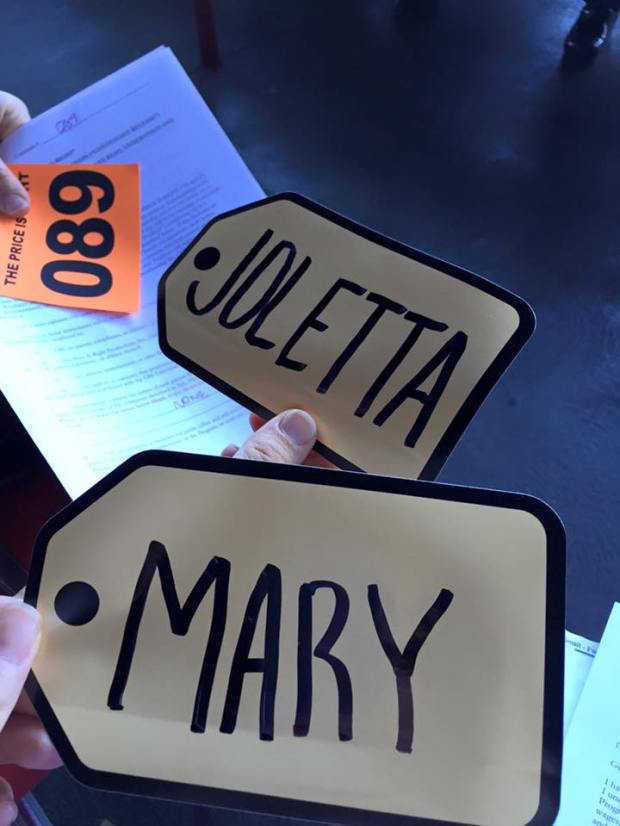 Coming next month on the blog? My tips on how to get on The Price is Right….I may or may not have experience, & on my birthday, no less 😉 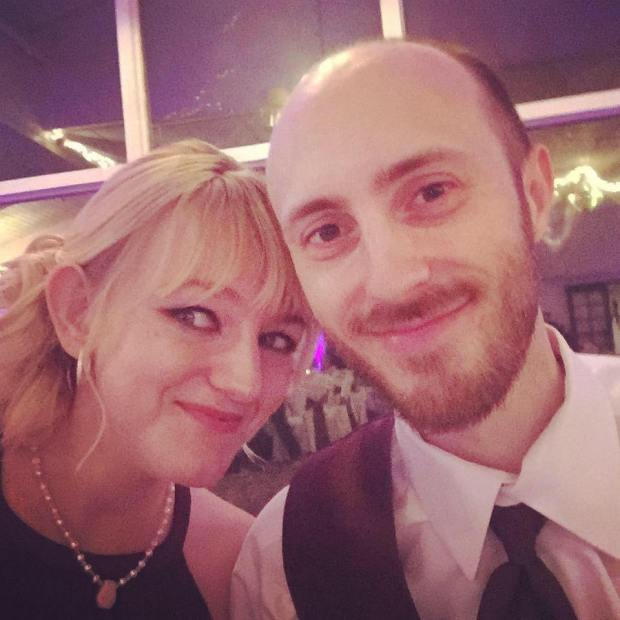 This selfie truly sums up my year. Heres Mike & myself at our dear friends wedding. There was so much love & fun in that room. This is a true moment of BLISS.

Which bring me to……

An ‘ordinary’ day at The Getty, where Mike & I first held hands (almost) & made our relationship official 2 years ago, turned into Michael proposing, & me becoming a Bride-to-be! (You might see some wedding planning posts in the new year, just sayin’). 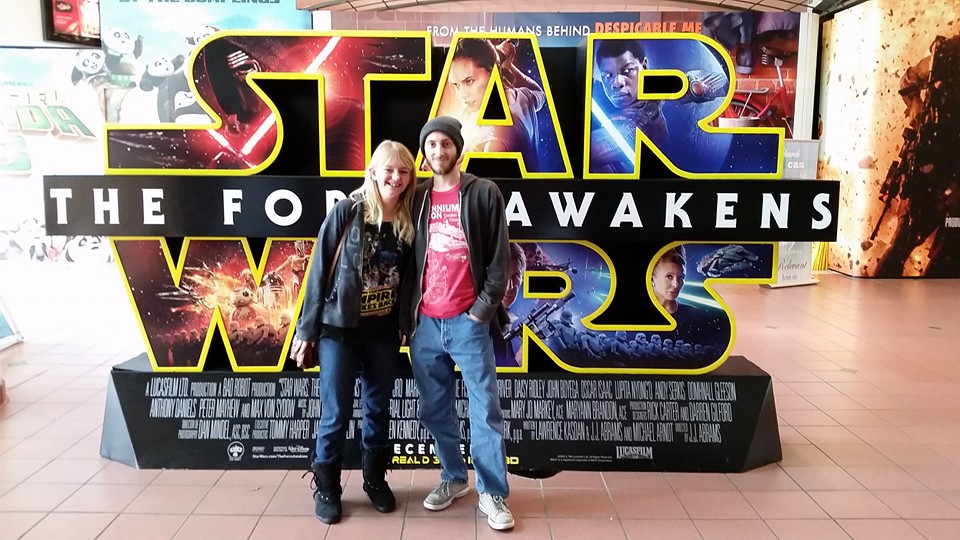 I know. I didn’t think this would be my December picture, either. BUT, guys? Star Wars: The Force Awakens is truly, really, out of this world good. I think George Lucas selling his ‘kids’ as he affectionately calls his movies, is one of the best moves he could have made. Yes, Disney is taking over the world, but, man, they know how to do it right. I am still working on a post to share more about how awesome this film was. I am a fan! xo