Never Turn into The Hulk with MARVEL’s Chewy Granola Bars!

(This shop has been compensated by Collective Bias, Inc. and its advertiser. All opinions are mine alone. #MARVELSnackBar #CollectiveBias)

Who doesn’t love superheroes & MARVEL movies? Well, before I met Mike, my boyfriend, I did not know much at all about The Marvel Universe & their block buster films. While the plan was to leisurely show me the action & fun in the flicks, when the new Captain America installment was hitting theatres & he wanted to do a midnight showing, he suddenly realized that I needed to be educated. In under a week. Lets do this!

I fell in-love with the MARVEL bunch, whether Tony Sparks was facing his demons as Iron Man, or Thor was attempting to make amends with Loki, you cannot deny that MARVEL never puts out a movie lacking such thrill, excitement & characters that we can identify with & wonder what it would be like to have such amazing powers.

MARVEL is definitely just one of the many “nerd” things we love to do! Whether we are attending a convention, watching a new comic-inspired movie or decorating our house with fun, unique trinkets, there is no denying we have a great Nerd side.

Our newest love? MARVEL Chewy Granola Bars. Our Sundays you will commonly find us spending an hour (or 2) at Target cruising the aisles being kids again, debating over food to buy & trying on football helmets. This past weekend, I discovered these new bars & could NOT resist. They not only each come individually wrapped with different, vintage MARVEL superheroes on each wrapper, but, theres collector cards inside each box too. Bring it on! 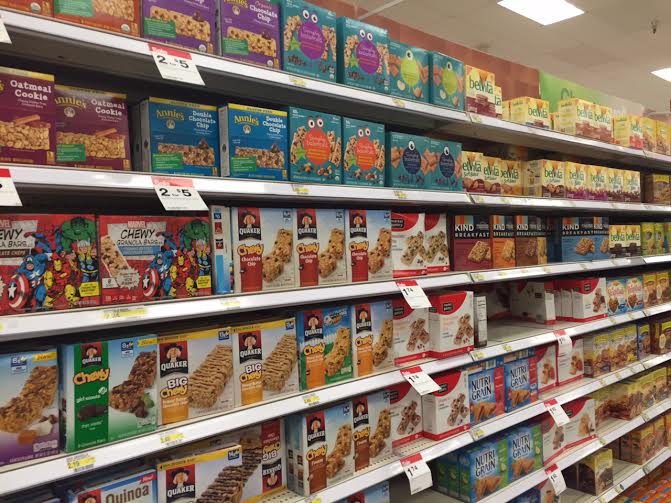 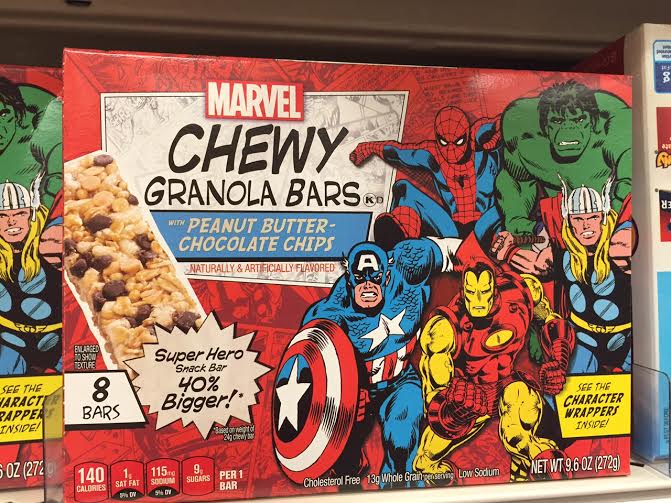 Something those close to us know is: Mike’s nickname for me when I am hangry. He claims I become Mary-Hulk. Turning green & flipping over cars until I get my food. I think he’s exaggerating (don’t you?!) but, I will admit: Mary does get hungry quick. Thats what inspired our awesome Hulk poster we have in our kitchen (below). I bought it for him for his birthday, also at Target. 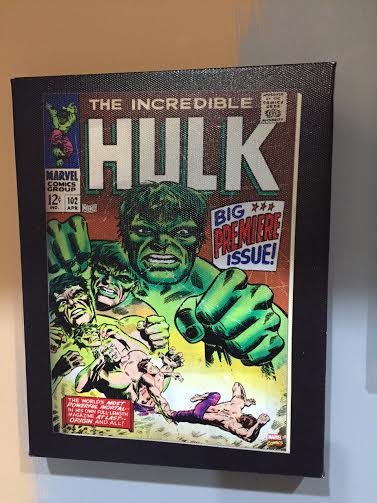 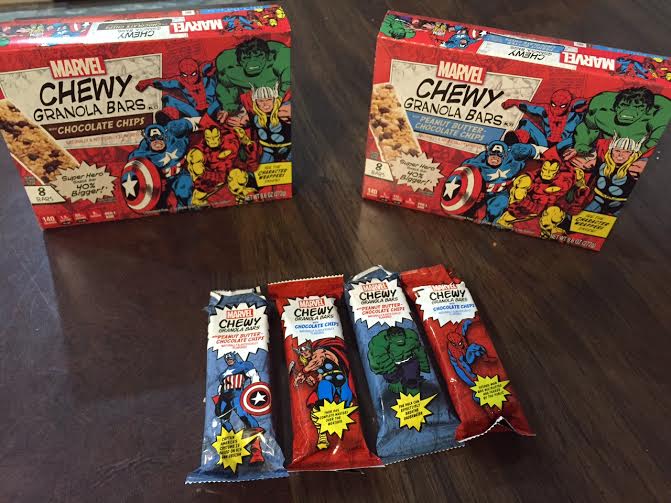 Not only are these bars perfect to grab on the go, but Mike loves to get a tub of frozen yogurt (or ice cream!) then crumble up these bars creating a superhero topping. My personal fave? The Hulk’s Incredible Dessert, created by moi 😉 Simply get some Pistachio Nut Ice Cream (Because its green! What kid doesn’t love green ice cream?!) then crumble or cut up a bar or 2 for a chewy topping.

With 4 different character cards to collect (Hulk, Iron Man, Hawk Eye, and Spider Man) as well as 6 different wrappers (featuring Captain America, Hulk, Spider Man, Iron Man, Black Widow & Thor), who will you hope to get inside your box?! I haven’t found Black Widow yet, who is my favorite.

Get all the info on these bars HERE & let me know when you’re at Target buying them yourself with the hashtag #MARVELSnackBar! xo