Driving around LA, I often see banners promoting LA Theatre’s REDCAT & have wondered what they were all about. I was thrilled to receive an email from them recently inviting me out to experience their NOW Festival. Heres what it is all about!

CalArts’ downtown center for contemporary arts, announces its 11th annual New Original Works (NOW) Festival, a three-week celebration of Los Angeles’ vibrant community of artists making work for the stage. This year’s festival will be held on the weekends of July 24-26, July 31-August 2 and August 7-9.

Three distinct programs on three weekends, offer audiences a chance to experience the full breadth of NOW—new original works created in Los Angeles by celebrated world class and emerging artists, with each weekend presenting a shared evening of dance, theater and multimedia work. 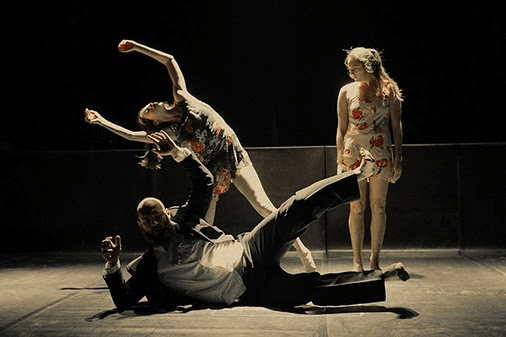 The 2014 NOW Festival kicks off its first weekend July 24-26, with a collaboration between dancer Wilfried Souly with music by Senegalese Kora player Amadou Fall and multi-instrumentalist Tom Moose, as well as the six-member Rosanna Gamson/World Wide, closing out with a 20-member cast in the contemporary opera by Overtone Industries.

NOW continues on the weekend  of July 31-August 2, with multimedia work by Carole Kim, featuring dance by Oguri and Roxanne Steinberg with music by vocalist Carmina Escobar, bassist Mark Dresser and sound designer Paul Chavez, as well as taple-top puppetry by Marsian De Lellis and new dance and music by d. Sabela grimes. The NOW festival closes the weekend of August 7-9 with a new theatrical work by John Fleck and new dance by Ate9 dANCEcOMPANY. All three works are performed each night of the program. (See below for full details.)

Every year, the REDCAT NOW Festival acts as a catalyst for artist creativity and new ideas—while offering audiences an inspiring view of a generation of artists among us. Over its eleven year history, the program has launched 85 new works by an impressive roster of alumni who continue to be seen on stages throughout the U.S., including New York, Philadelphia, Portland, Austin, San Francisco and internationally—Poland, France, India, Nepal and the UK.

“It is a thrill to see REDCAT active as a vital performance laboratory each summer, with dozens of artists and collaborators using our flexible theater to invent new and interdisciplinary ways to express urgent ideas, says REDCAT Executive Director Mark Murphy. “The eight works premiering during this 11th edition will surely resonate with audiences who value the exploration of new forms, and hybrid approaches to creating new productions for the stage.” 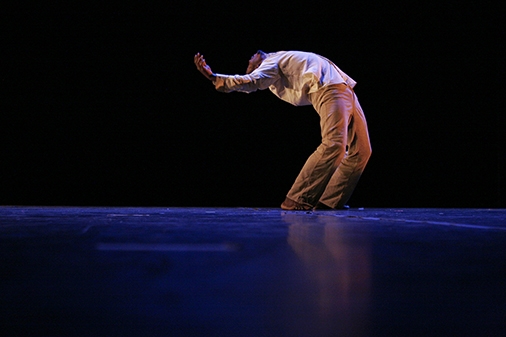 Individual tickets at $20, $16 for student and members, $14 for CalArts. A Festival Pass, which provides access to all three programs, is available for $40.

Spellbinding choreographer and dancer Wilfried Souly draws from the traditions of his native Burkina Faso and contemporary dance theater forms in Saana/The Foreigner, a solo featuring live music by multi-instrumentalists Julio Montero, aka Cuñao, and Tom Moose. All three collaborators are immigrants to the US, who bring their own personal experiences to this new work focused on Souly’s journey to create a new life, expressing his personal tale with a multi-layered blend of dance, music, and spoken word.

Soaring vocal harmonies and riveting stagecraft are hallmarks of the operatic explorations that have made Overtone Industries a celebrated force in the evolution of contemporary music-theater and opera. Acclaimed composer O-Lan Jones teams with Irish songwriter Emmett Tinley for ICELAND, featuring the ten-member Hidden Folk Choir, two soloists and a chamber orchestra. This modern love story is set in a mythical and timeless world, where elemental forces and ancient creatures challenge a hero and heroine on an archetypal journey.

A woman who falls in love with inanimate objects discovers that the Golden Gate Bridge has been cheating on her in Marsian De Lellis’ latest table-top puppetry creation. Since her first love-affair — with a baby blanket — Andrea Lowe’s heightened affection has led to a complicated relationship history. Directed by Michele Spears, Object of Her Affection uses puppetry and object theater to explore the oversimplification of sexual identity and attraction, tracing Andrea’s unending search for true love.

Compelling sound and movement artist d. Sabela grimes transcends the realms of Hip Hop and Afrofuturism in his genre-defying work Electrogynous, mixing poetry, street dance and infectious, otherworldly soundscapes to question hyper-stereotypes of masculinity and femininity in contemporary Black cultures. With technical precision and a keen theatrical intelligence, he draws from sensationalized events and personal anecdotes to engage and implicate the audience with questions on Black male power, sexuality and vulnerability.

Unclassifiable performer John Fleck re-invents the gothic horror genre in this horrifyingly hysterical tale of taxidermy, transformation and caged creatures. Fleck’s multi-character solo piece is a brilliantly staged screenplay, inspired by classic horror cinema and Freud’s Theory of Mind (Id, Ego and Super Ego) — all played out on one man’s body. Weaving video with theatrical movement and his remarkable vocal qualities, Fleck leads the audience on a journey into an unknown and darkly hilarious world.

Israeli choreographer Danielle Agami teams up with Persian underground Hip Hop musician Omid Walizadeh in For now, a new work for ten dancers. For now plays between instinct and precision, subtlety and prowess, with jarring physicality and stillness, humor and subtle innuendoes. Agami, who is quickly establishing her new company as a significant force in Southern California’s contemporary dance community, is praised by Dance Magazine for having “the gift of turning awkwardness into something beautiful.”

Seating is general admission and tickets are available for purchase in person at REDCAT Box Office, by phone at 213-237-2800, or online at HERE.

REDCAT’s Box Office is open Tuesdays through Saturdays from noon until 6 pm, or two hours prior to curtain. Group, member, student and CalArts faculty/staff discounts are also available!

(*Disclosure: I am being provided Press comps to attend & review this festival. All opinions are my own.)