Take Me Out to The Ballgame! 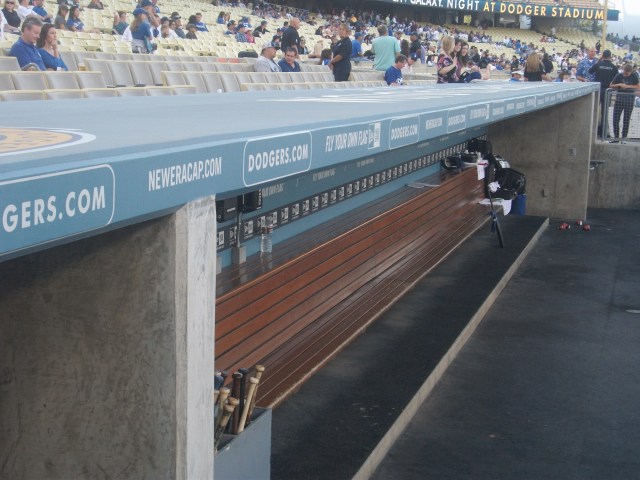 Psst…shall I let you in on a secret? I am not a sports loving girl, yet grew up in a very baseball loving household; my Grandma adores the Yankees, Giants and the Angels. Even saying in her youth she wanted to be lied to rest in the Yankees home plate. My Dad follows, too, having even gone to school with Dodgers pitcher, Jim Gott, and Dad’s stepfather would frequently take him to Dodgers games. Me, on the other hand…I do not understand why I was a baseball game virgin til last night!! I don’t follow sports on TV, yet love new adventures, so when the Dodgers did an amazing invite to SoCal Bloggers, you can bet I was all over it. 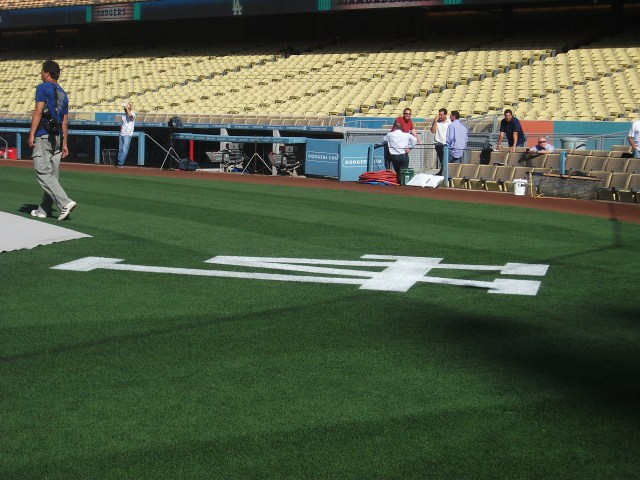 The evening began getting to watch field practice and just, you know…hang out inches from the field! Dodgers outfielder, Andre Ethier, even stopped for a picture with me and Erin from Horsing Around in LA. 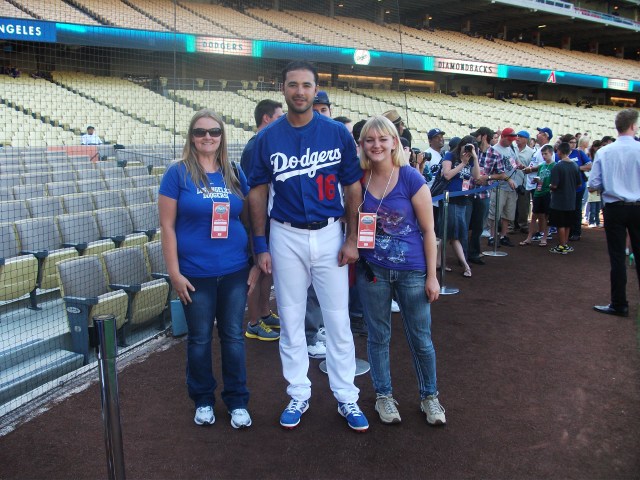 The Dodgers stadium is surrounded by trees and hills in the midst of LA’s hipster scene, Echo Park and Silverlake. Nearby, Erin and I even encountered “Lucy’s 24″….which consists of a laundry mat, Starbucks, game arcade, Subway and check cashing center..only in LA. This picture below is of Erin, Jamie and moi. 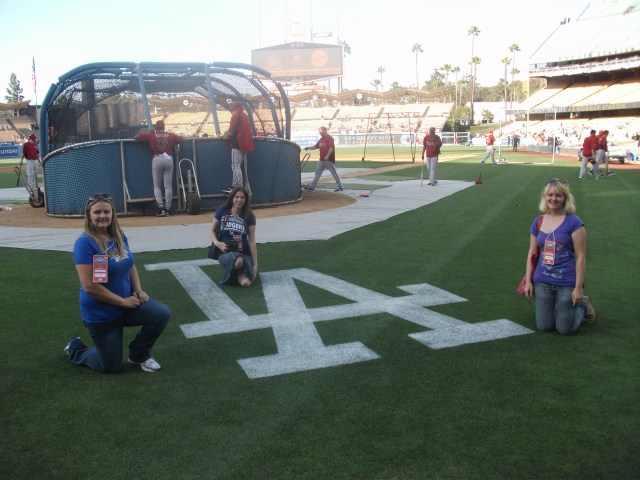 After hanging out on the field for a bit, we were then escorted up to The Vin Scully Press Room…yep, that’s him on the lower left. If you’re reading from out of the LA area, or simply thinking who is Vin Scully?! He is that infamous announcer you have heard for decades during The Dodgers games… 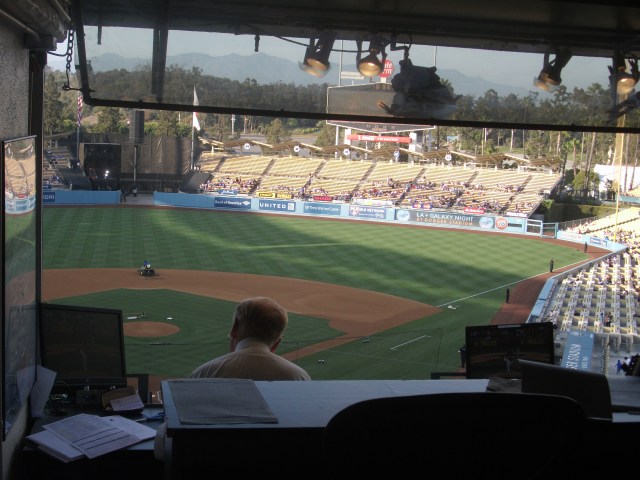 Next up, game time! For someones first baseball game like myself, this suite we were taken to was a pretty great first trip…. 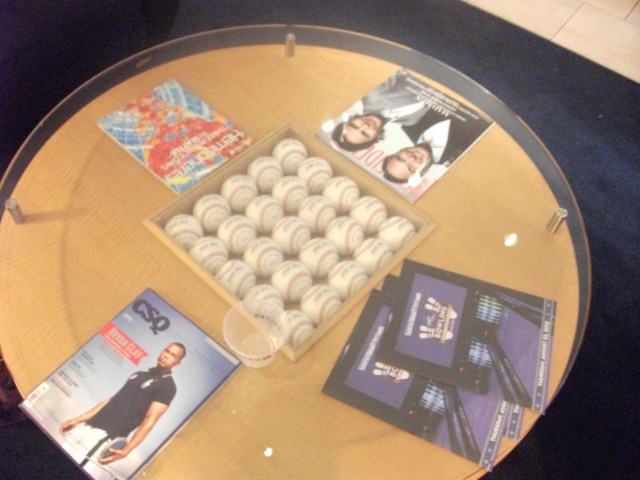 The game began promptly at 7:10, and they played against the AZ Diamondbacks. For a gal who does not know baseball too well, I was impressed I DID understand the rules and how its done 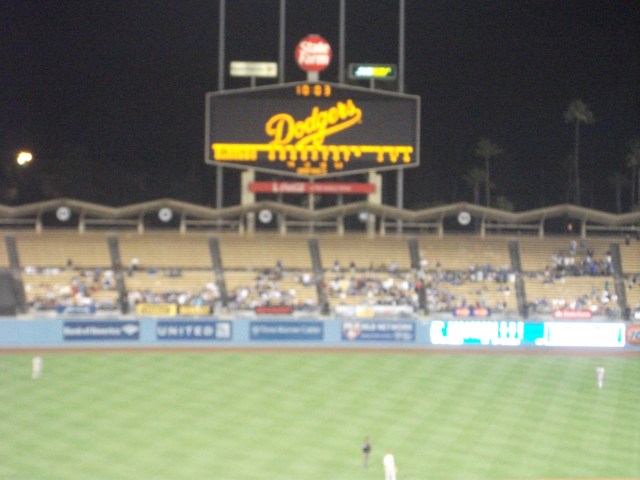 Whether or not your fave team is playing, or you’re wondering about taking in a game, I will give you one reason why it is so much fun for everyone: the FOOD! Nachos, Hot Dogs, Peanuts, Ice Cream, Beer, Wine, even Carl’s Jr. and Wetzel’s Pretzels. I met a wonderful couple, Mona and Craig, from Cook This get Laid. Craig has been gluten-free since 1993 (!) and pointed out to me that they even flashed on the screen where you could get gluten-free goodies during the game, at their Marketplace. While I did not stop in, I could tell from glancing in that it looked like they had a great variety of healthy choices including salads and fruit cups. I, on the other hand, was too busy enjoying junk food…. 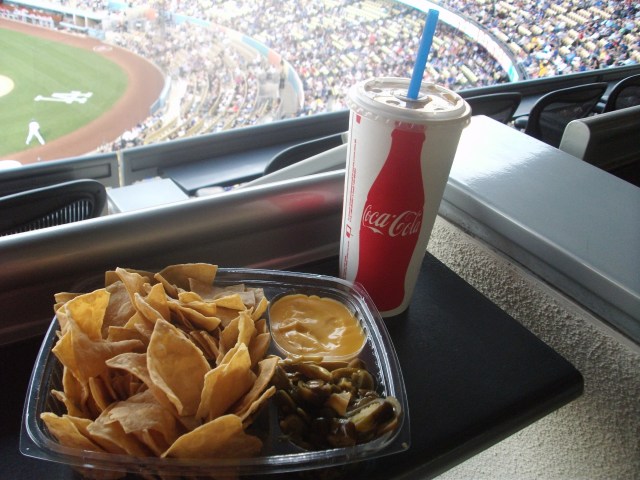 The chips were corn….I would think cheese sauce is gluten-free?? I sort of don’t dare google their ingredients. I haven’t had cheese sauce nachos in forever, so I lived on the edge and they were worth every bit of that 8 bucks. Next up for those in the suites, a visit from the dessert cart. While in the hall to get some treats, we discovered our neighbor was…ready?! Reese Witherspoon!! I have been down here for almost 3 years now, and she is the first A Lister I have encountered. She seemed super sweet, just like Elle Woods.

Someone else who was awesome was the lady running the dessert cart, Kari. I mentioned this was my 1st time at a game, and she decided my M&M caramel apple was ‘brown’ on the inside and gave it to me for free!! (Erin had thought maybe Reese told her to give it to us for free?). It was so delicious, and there was plenty to share which was perfect…. 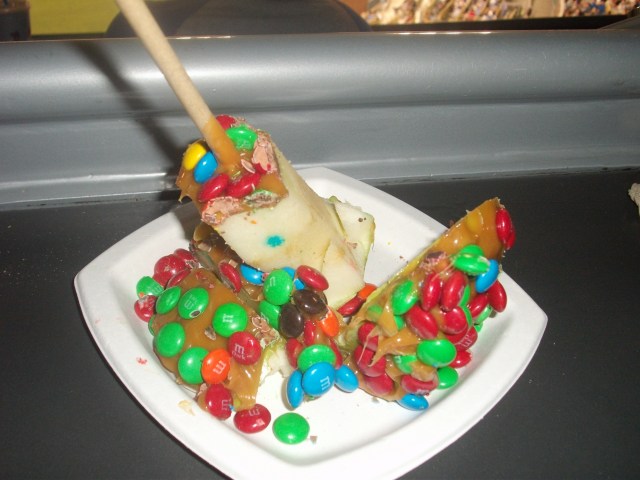 So…hanging on the field with players, standing on home plate, behind the scenes tour, a suite, desserts, celebs, great friends, old and new….does this mean I am a Baseball Diva now? Quite the contrary! I already cannot wait to go back and sit in a higher area….aka…that level with Carl’s Jr;-) I now completely understand why baseball is the American sport and think its a great outing for your family, with a sweetheart or even a girls night out. It can get pricey, so I would definitely consider the lower priced seats to have money aside for parking and food (Or you could also take the metro).

Whatever you decide, I say GO SEE A GAME! It was loads of fun and I cannot thank the Dodgers Digital Series enough for inviting me! xo 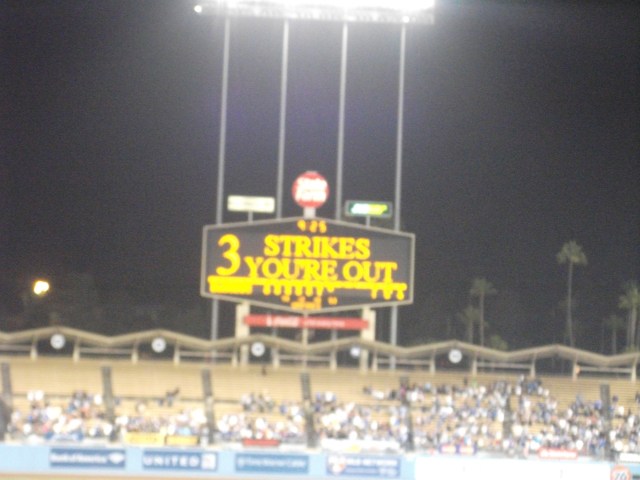 Disclosure: I was provided complimentary VIP passes to The Dodgers game via Dodgers Digital Series. All opinions are of my own & I had a wonderful time!

*All photography copyrighted & by Along Comes Mary. Please contact her for permission BEFORE using in your own media. Thank you!