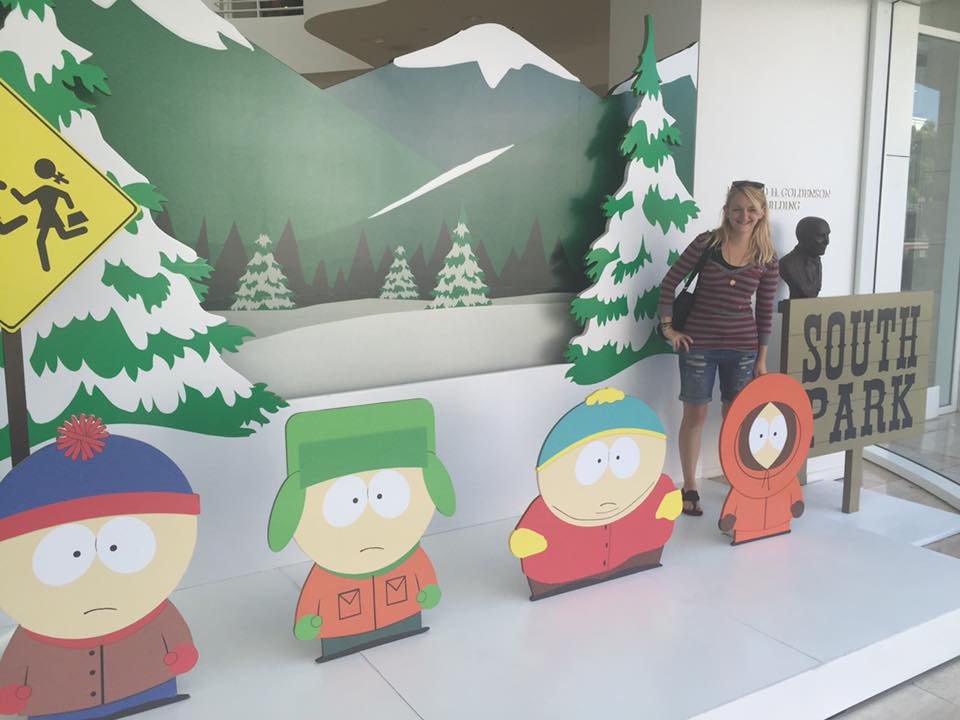 Since I met Michael, I have been exposed to countless TV shows, movies and general things that have made their mark in the “pop culture” book that would have easily gone past my radar. I have become a huge nerd fan of Star Wars, Star Trek, even Firefly. But, the one thing that I can safely say Mike made me ADORE and become obsessed with? The works of Matt Stone and Trey Parker.  AKA, the creators of South Park

I have encountered a few people surprised at how much respect and admiration I have for this crude, sometimes, downright disgusting animated series that follows the adventures of a group of elementary kids in South Park, Colorado (And, lets not forget, the many deaths of Kenny).

Despite its shock factors, South Park just always seems to GET the state of the country. Matt and Trey don’t even begin making the episode to air in that same week, until said week is upon them. That is how real they keep their content in each half hour show. While we follow along with regulars Cartman, Stan, Kyle and Kenny, many characters (most begin as recurring) come through to somehow make perfect sense at progressing an episode. 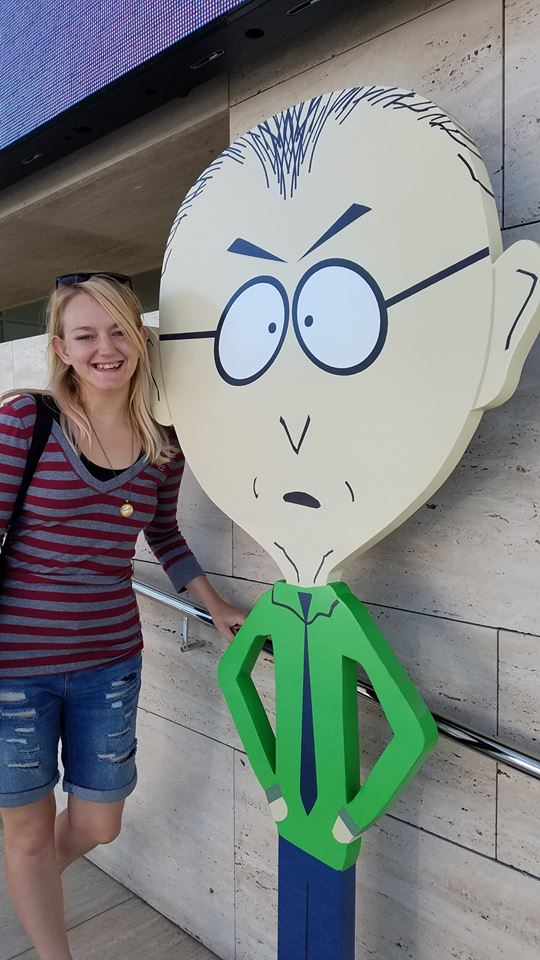 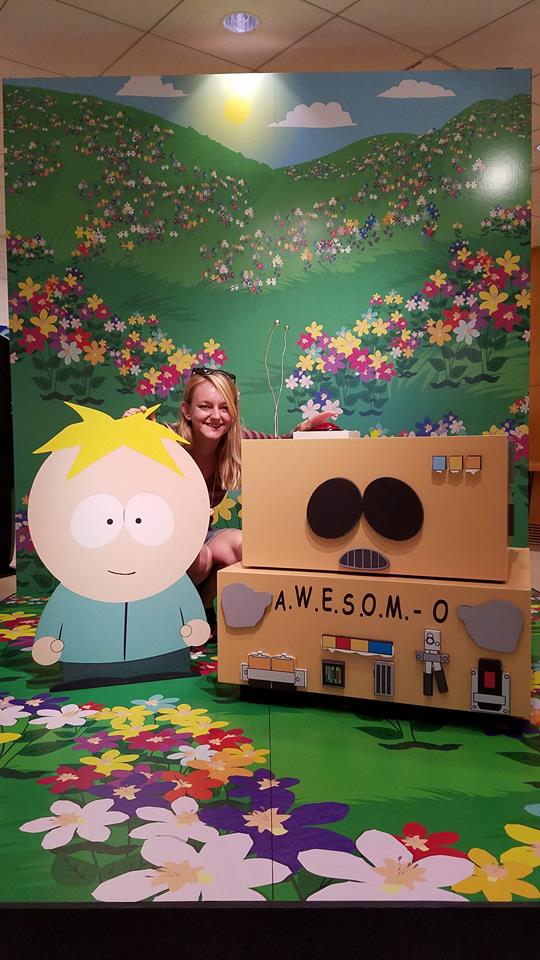 Last season found them introducing a continuous story line as we went through the season. From Mr. Garrison running for President (a la Trump) with Caitlyn Jenner as his VP and promises to build a wall against Canada, to the introduction of “PC” Principal and Randy living a secret life as emo-pop star Lourde,

Having seen all 19 seasons, you can imagine how excited I was, and sad, to see that this year’s Comic Con found Comedy Central celebrating the announcement of South Park’s 20th season, with an art exhibit highlighting their 20 best moments. It looked amazing. I wasn’t there. Woe is me.

BUT! Then, I saw fellow blogger (and awesome person), Chris Lam, posting pictures at the same exhibit. Right here at The Paley Center for Media in Beverly Hills! 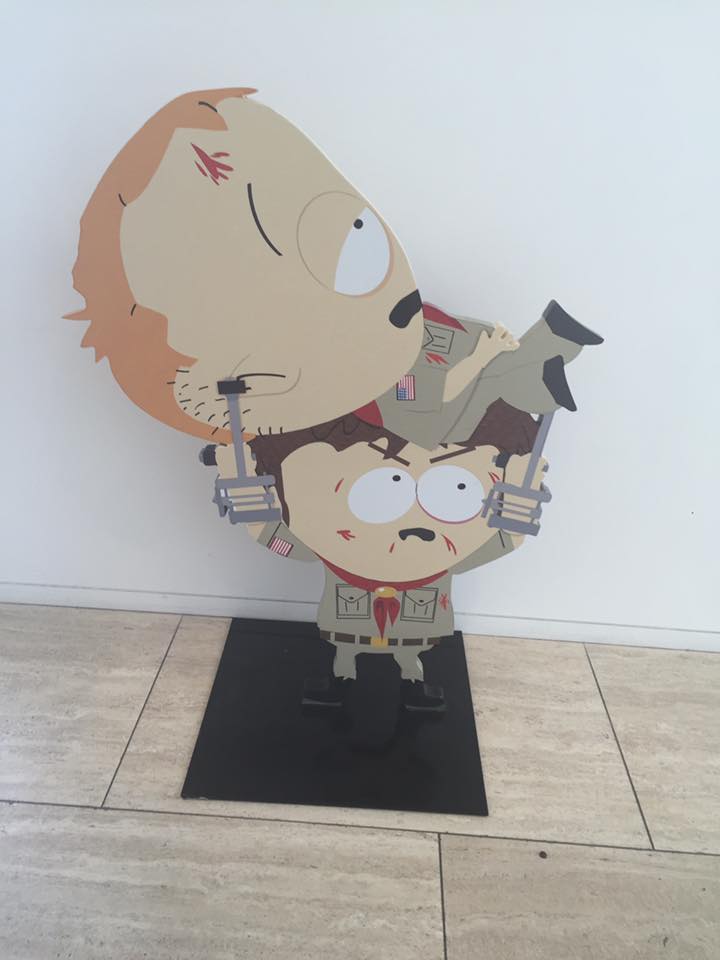 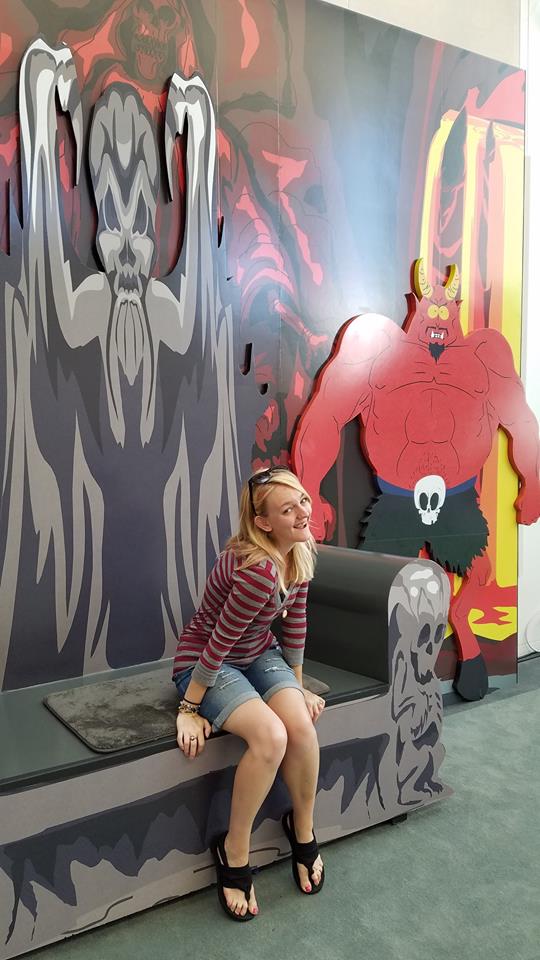 I was thrilled to find out the art would be on display right here in LA through September 25th. I told Mike we were going….right then and there. It turned out to be 1 in the morning, so, we planned for a fun Beverly Hills outing over the weekend.

They’ve got new unforgettable moments like Stan’s recent run-in with the police, and classics like Jennifer “Taco Taco” Lopez and the chili cook-off. All the characters you love and know are there. Towelie, Jesus, Professor Chaos, Mr. Hanky and the legends like Terrance and Phillip, and Mr. “MmmKay” Mackey. Its pretty epic in a compact, 2 floor space!

You can also sit at designated listening stations and re-watch classic episodes and hear commentaries. There’s psychedelic, 3-D art that is for sale and one of the coolest artifacts there has to be the construction paper, original pieces from the very first South Park creation. 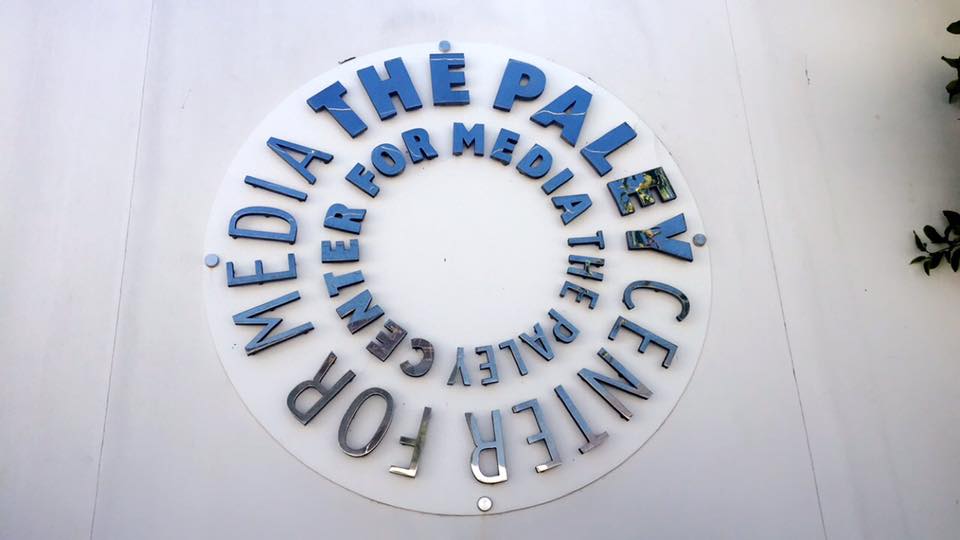 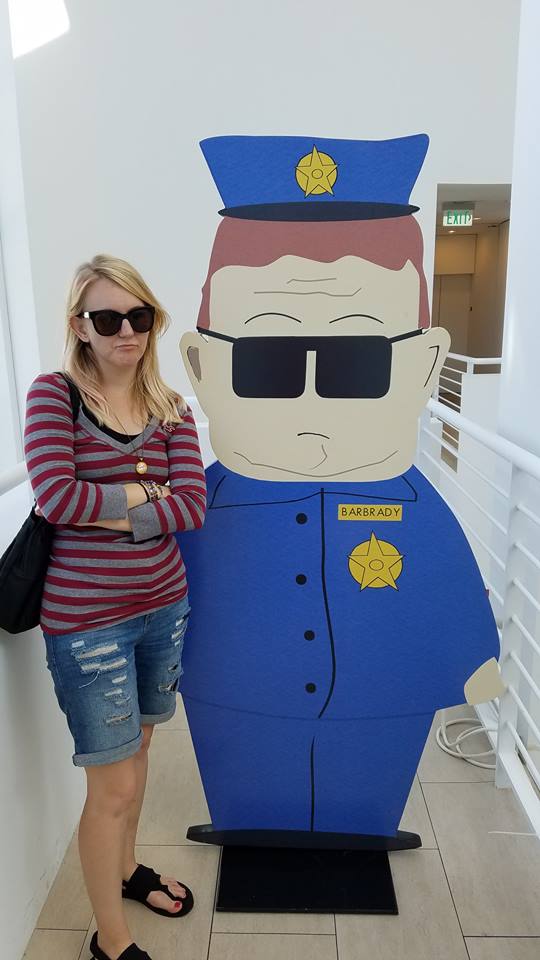 The South Park 20 Experience is FREE and will be on view at The Paley Center for Media through September 25th. The museum is open Wednesdays to Sundays 12:00 to 5:00 pm and closed Mondays and Tuesdays.

Please keep in mind: South Park is a MATURE audiences TV show! While there is nothing horribly offensive at this exhibit, it still is South Park and not appropriate for all ages. While I did see children during our visit, you know your child best and I definitely do not suggest this exhibit to everybody.

You can learn more HERE.

If you head on out, enjoy! It is a must for any South Park connoisseur 🙂 xo