Have you ever heard of William Ivey Long? If you’re a fan of Broadway musicals, or have watched one of the many live musical films on Fox, then yes, you very well acquainted with Mr. Long. I admit that I was unsure who he was when I was invited to visit his beautiful exhibit now on display at the Mint Museum in Uptown Charlotte, North Carolina.

William Ivey Long is one of the most known and famous costume designers in musical theatre. Born in Raleigh, Long was rather destined to get the theatre ‘bug’ and work on Broadway. His father was not only a stage director, but the founder of the Winthrop University theatre department. While his mom was a theatre teacher, actress and playwright. The Longs literally lived on stage. The family resided on campus for a number of years so Mom and Dad could create their theatrical masterpieces. During these formative years, a young William thrived being both apart of the spotlight and working behind the scenes. 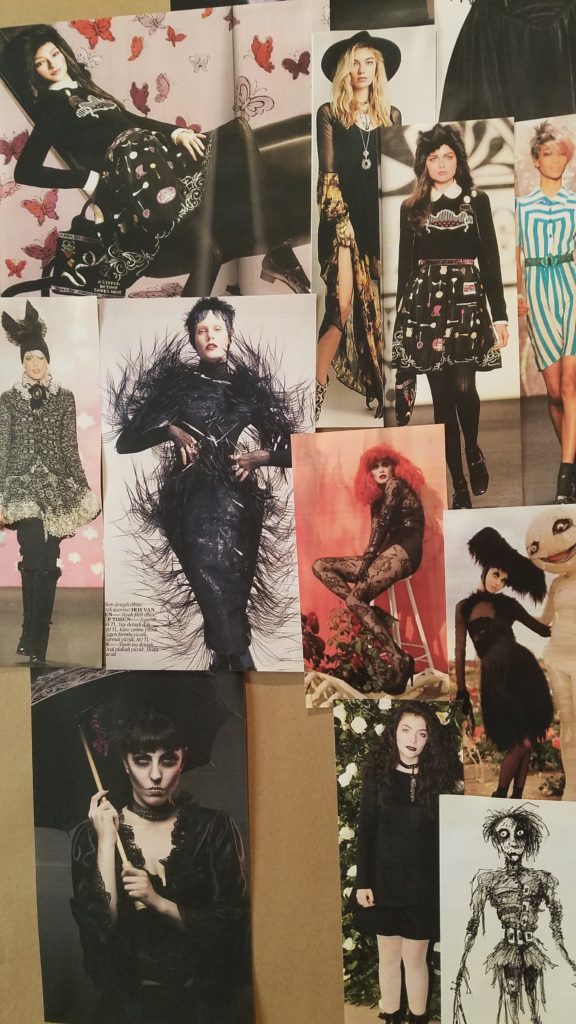 With an education that took many twists and turns (Art History, Set Design–yet, never costume design), Long found himself working as a Set Designer when a colleague suggested he had a knack for designing their needed costumes. Long has since designed the costumes for over 60 Broadway shows. He’s also created the costumes for Fox’s live musical TV broadcasts.

Now on display through June 3rd, the Mint has on loan an absolutely remarkable and extensive display of just a handful of Long’s works spanning from 2007 to 2016. Going in not knowing exactly what to expect, talk about becoming a kid in a candy store! The exhibit begins with inspirations from his 4,400 square feet studio in New York where, just like now at the Mint, entire walls are filled with magazine cutouts, pictures and drawings for his work. Not one to work entirely on a computer, Long keeps it old school and hands on with the thousands of images taped to the walls as he works on his latest projects. 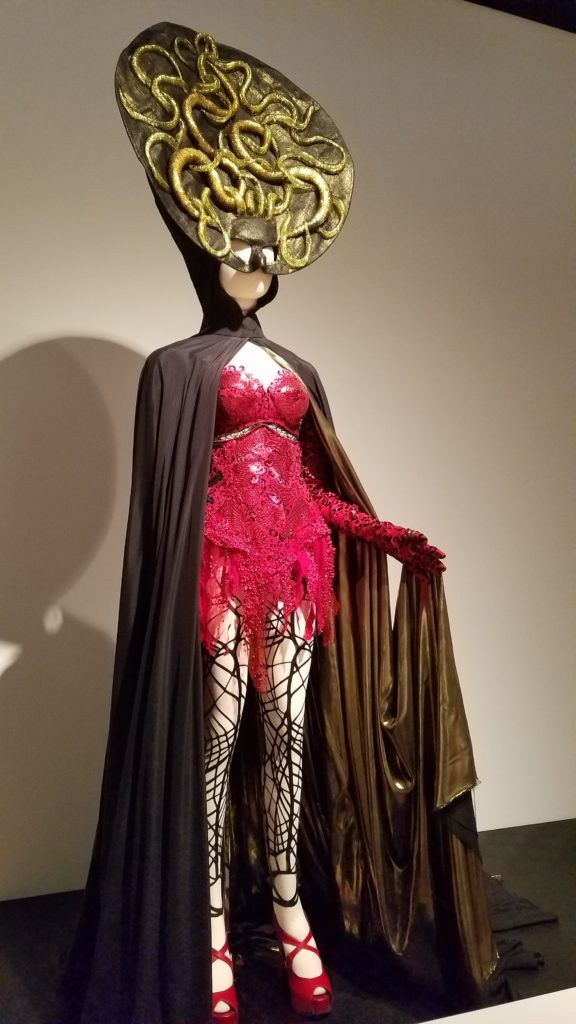 As I made my way through this 3 room exhibit of greatness, video clips of and interviews with Long  played. His work on Cy Coleman’s throwback musical, On the Twentieth Century, starring Kristin Chenoweth and Peter Gallagher, especially mesmerized me. The flashy, sequins filled slinky dresses. The classy women business suits. Long’s eye for capturing the era is uncanny.

As were his exquisite ball gowns and fairy tale costumes for Rodgers and Hammerstein’s Cinderella, for which he won his latest Tony award for in 2013. While the apparel worn in musicals is all sparkles, it is another thing to be up close and personal and to see the precise detail that goes into creating costumes for Broadway. 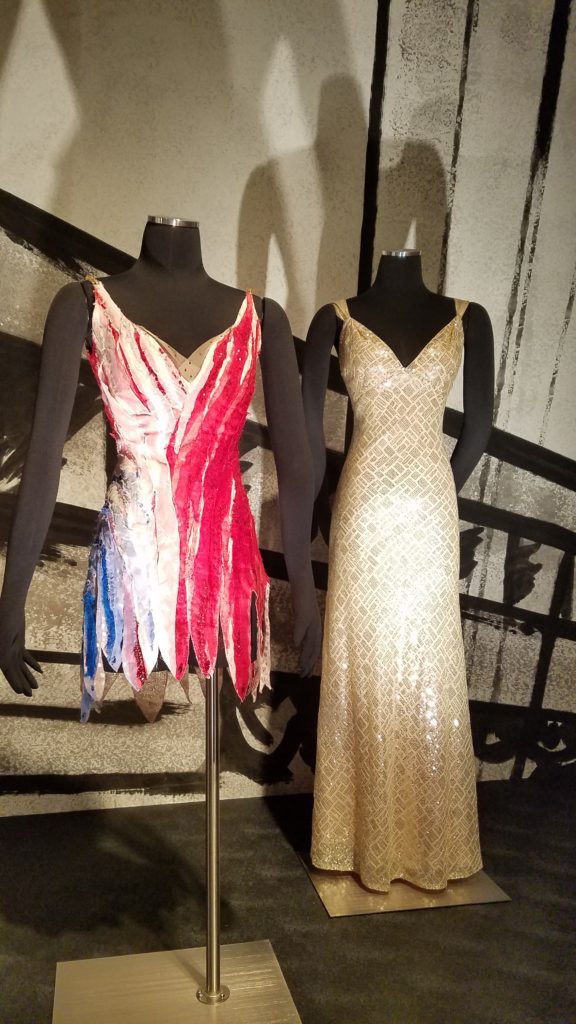 I thought I could not go beyond the could nine that I was on. Then, I found myself surrounded by the costumes worn in Fox’s hit live broadcasts of Grease Live! and Rocky Horror Picture Show: Let’s Do the Time Warp Again. These TV movies are my absolute guilty pleasure, and something I noticed in them both were the costumes.

William Ivey Long: Costume Designs 2007-2016 is a must-see for all at the Mint Museum Uptown. While a no brainer for those of us who love theatre and Broadway musicals, the average museum goer will leave with a new-found appreciation for the labor of love that goes into designing the costumes for a live production. Long’s story, which you can learn on the video screens as you go along the exhibit, is so inspiring. He is a real hoot to listen to as he describes his background!

(*Disclosure: I was a guest of the media to experience the Mint Museum Uptown and this exhibit. All opinions are my own.)