Vox Lumiere-The Phantom of the Opera…

While it’s clearly no secret how much I love The Performing Arts, some might be surprised that one of the most popular, successful shows of all-time, has actually never been a top favorite of mine. That would be Andrew Lloyd Weber’s The Phantom of the Opera. While I have indeed experienced its beauty at The Pantages, I don’t think I will ever be one of the awesome fans who have seen it countless times. So, when Vox Lumiere invited me out to The Los Angeles Theatre Center to see their version of Phantom, I didn’t know what to expect, but, guess what? By the time this production ended, I would have gladly stayed for more!

Drawing completely from the classic 1925 silent film, & a brand new voice of music & contemporary dance, this is a style unlike any other you have seen of Phantom of the Opera; dreamed up by Kevin Saunders Hayes, this 90 minute extravaganza combines the silent film playing on a big screen on the stage, while the phenomenal cast of Opera trained singers tell the story in French verses & chorus. The elaborate light effects brought to mind what you might experience at a rave, or EDM night. 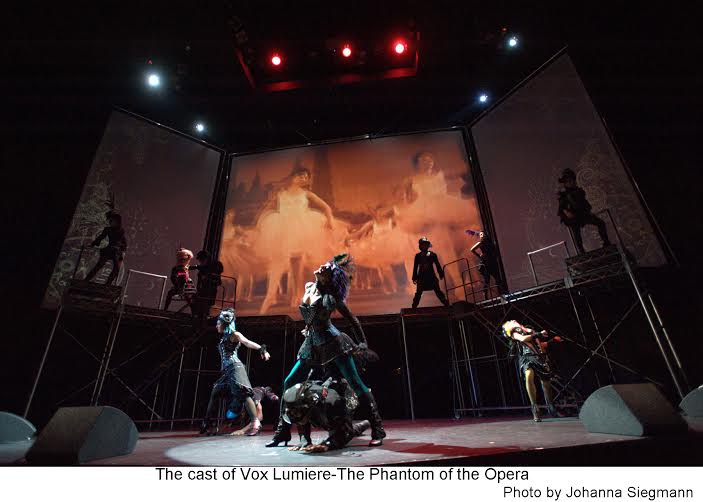 What really intrigued me about Hayes’ vision is the mix of old & new; having never seen the silent film prior to this evening, I thoroughly enjoyed being able to witness it while being introduced to the style of entertainment popular in today’s world, yet still remaining somewhat of its old touch.

The essence to this tale, no matter how you’re watching it be presented, is, of course, The Phantom himself. Played by James Lynch, he delivered everything you desire to see from the character; feelings of fear, pity, sadness, yet somewhat drawn into his eerie charisma; while you do not envy Christine (played by an excellent Marisa Johnson), you somehow feel a yearning that somewhere in herself, she wants to be with this monster. D. Valentine as Raoul added an extra vibe of intrigue as he introduced more layers to his role as the plot progressed. As the old saying goes, “The show must go on”, Valentine handled an unfortunate sound issue like a pro; having to mouth out some of a song despite loss of sound. Luckily, when he returned, he had the assistance of a microphone in hand for the remaining of the performance.

While it is clear I definitely enjoyed myself, I will say, this may not be a show for everyone. The songs are quite repetitive, & some may find it distracting to focus on both the players & film. 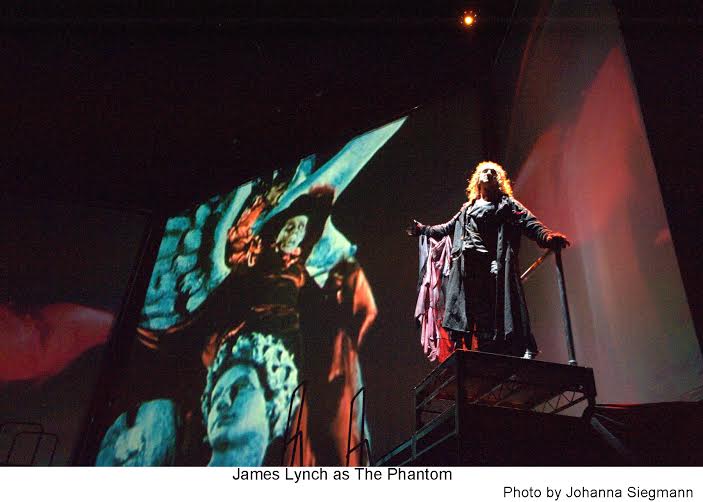 Vox Lumiere-The Phantom of the Opera returns for 2 more thrilling performances December 12th & 13th at the lovely LA Theatre Center (514 South Spring Street). Tickets have sold out for previous performances, so head on over HERE to learn more & book yours today! xo

(*Disclosure: I was invited by LA Theatre Center to see this performance on behalf of this review. All opinions are my own)