Elise Bellew is back with a Holiday EP!

Elise Bellew is in the holiday spirit, & has every reason to be. The ethereal, dreamy vocalist & songwriter has just released her first solo effort, a holiday EP appropriately ‘Bellew Christmas’ & I couldn’t be more happy for her;  “Overall, I am thrilled with the outcome of Bellew Christmas” Elise tells me, “and I’m VERY excited about recording my next solo EP”, she adds.

Bellew has been a favorite on the indy music scene & beyond since the early 2000s when she was lead vocalist of The Mary Dream, a soft rock/pop duo, with Blake Ryan Dayton, whom she had met in 1997. I got to ask Elise, who has been a friend of mine since my Myspace days about 10 years ago, who some of her influences & favorite musicians are: “There is a dream pop band from the UK that were popular in the 90’s called The Sundays. Blake  and I had both discovered The Sundays on our own with their first record ‘Reading, Writing and Arithmetic’. But it wasn’t until their third album ‘Static & Silence’ in 1997, the year that Blake and I met, that we were both completely blown away. The Sundays were our original idols.”

Elise & I quickly connected on social media as we discovered how similar our music picks are, “Blake had long been influenced by Oasis, so we kind of leaned towards bands that were either from the UK or had a Brit Rock sound.” She tells me, as well as her love for the underrated Scottish band, Travis, “We were heavily influenced by Travis, especially their record from 1999 called ‘The Man Who’, which to our ears, was a Brit Rock masterpiece.” Loving this genre as well, Elise was one of the first cyber buddies I made that shared my love for some of the same sounds, like her female peers; “our influences were pretty much split down the middle between these great Brit Rock bands and the more vibey female singers using cool, syncopated drum tracks such as Sarah McLachlan, Dido, Fiona Apple and Alanis Morissette. Another very important artist to me is Aimee Mann” I am excited to learn this about Bellew, & that we both love her 2002 solo release, Lost in Space! “But one of my all- time favorites, even to this day,”, she explains, “was a lesser-known band who relocated from Ireland to Boston named Rubyhorse and their final record, 2004’s ‘Goodbye to all That’.” 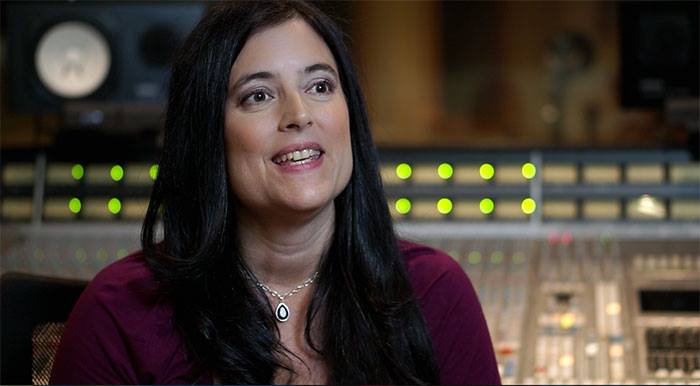 “And, last but not least is the Swedish band The Cardigans and their career-defining record ‘Long Gone Before Daylight’ from 2003, when you listen to Long Gone, you realize that Nina Person is a true rock star in her own right, and she is one of my heroines.”

While The Mary Dream received much critical acclaim & had great success with  prominent features on Networks such as ABC, MTV, CBC, Oxygen and continues to have MTV using  their music, Elise has now launched  her solo career with a 5 song Christmas EP,  “It is my mission to try and take the sound that Blake and I developed to the next musical level with each recording,” she says, “On Bellew Christmas, I focused meticulously in the studio to make sure that every tone and strum was true to my ears. I also attempted to achieve a balance between total control and allowing the songs to ‘take us’ where they wanted to go.”

When I inquire about the feel on the EP, she has some great examples: “I would say we ended up with an ultra vibey, trance-like, Sarah McLachlan meets Radiohead version of ‘Blue Christmas’; a Mumford & Sons infused ‘Winter Wonderland’; a folk-goth rendition of ‘Greensleeves’; a Beatles and The Mary Dream influenced ‘I’ll Be Home For Christmas’; and a Regina Spektor inspired ‘Silver Bells’ that somehow still came out laid back.”

And, any new influences Bellew is enjoying? She is quick to mention many artists that I am also loving, “Some brand new influences I want to bring to the recording studio include Lana Del Rey, Lorde, and Florence and the Machine, but I’m still influenced by all of the artists that helped shape The Mary Dream and I always will be.”

You can also find more info on Elise’s web-site, as well as The Mary Dream’s page.