One of my most favorite things about blogging & the world wide web is getting to connect & interact with people from the around the globe whom you otherwise would have probably never encountered. Since starting Along Comes Mary, one of these people is the very gifted & talented, Kattis, from the music act, Sadness Theory. She found me via Twitter & sure enough we have found quite a bit in-common with eachother like our love for musicians such as Tori Amos….I think Kattis is always envious of our Cali weather…from what I have heard when I post sunny beach photos, it is anything but in her homeland of Sweden! 😉 (She told me though how lovely it is there…makes me want to pay her a visit!)

Kattis started singing and performing when she was young,  in school or local festivals., then started composing and playing instruments in her early twenties and attended some piano lessons, but otherwise is self-taught. She considers herself a late bloomer, which I just love; since music is a passion of mine, yet I have yet to pursue an instrument, artists like Kattis are a great reminder it is never too late. “For me”, she explained in an email,  “I guess music is a way of expressing my thoughts and feelings, sometimes the best therapy. I can also miss how me and my friends as teenagers used to question, reflect on and analyze everything, really everything! So how come I got trapped in this materialistic society without even thinking about it?” 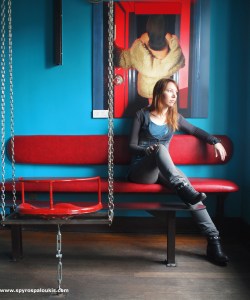 An on-going theme in her music is the enviorment & the world around us, “I believe that even if you are not an environmentalist you can still change yourself with so little means and make a big change to yourself and the world (of course because we are many to do so!). I have example shopped second hand for a few years but still buying many new clothes but the last year I have almost shopped only second hand clothes. I can find so many nice things, pay less and contribute to the planet”…Kattis is a thrifter, I knew I liked her!;-) I was so excited to learn that she is, together with three others, organizing a flea market deluxe in sweden in the beginning of september…it makes me want to hop on over to support them!  She went on to write to me, “My vision is that in the future even ordinary shops has departments with second hand clothes of their own brand.” If you have been a reader of mine from the beginning, you might recall my post regarding my teenage years, which consisted of lots of time to myself loving trips to my local 2nd hand stores;-) 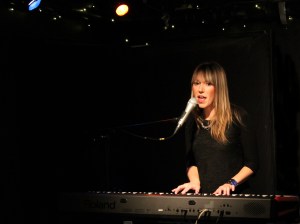 Sadness Theory started out as a music duo performing together since 2008. The music duo consisted of Kattis singing and her husband Magnus, playing the guitar and singing. Since 2011 Sadness Theory became a soloproject, with Kattis singing and playing either the piano or the guitar. Sadness Theory has performed in various venues mainly around Uppsala in Sweden such as local festivals, theme nights and vintage-events, for example Vox goes vintage. Mainly performing on her own but sometimes with Magnus or fellow musicians.

I have fallen in-love with their current single, “Made of Things”. You can check it out, along with their other songs, on their web-site HERE. “What do you believe in” she sings, “praying to a Gucci God, who made a bag? What’s on your mind, update yourself before it’s too late.”

Along with Sadness Theory, Kattis also performs with another band named Edenroad. Her other passiona include computer programming, photography & music production, enabling her to produce her music. Artists that have inspired her sound are Tori Amos (a favorite here at Along Comes Mary!), The Cure Portishead, Regina Spektor and Marina and the Diamonds. 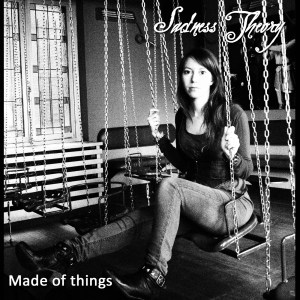 (Made of Things single)

With music being one of my most favorite things in life, I am so pleased to share Sadness Theory with you, & hope you will check them out!:) xo