With Meerkat changing its ways, What does this mean for Live Broadcasts? #SocialMediaMonday

Happy Monday, peeps! I thought it was an appropriate time for a new installment of Social Media Monday and discuss a hot topic in the tech world: live broadcasts. Is it for you? Read on…..

So, last week,  Meerkat CEO Ben Rubin, announced that Meerkat was all but abandoning their live streaming model we’ve become familiar with in favor of a new approach: A social network where “everybody is always live,” Rubin told Re/code  last week. The Meerkat app still works, but its creators have shifted time and resources elsewhere.

“It was a fu&$ing hard decision to say ‘it’s not going to work, thank you everyone for the support,’” Rubin said. “One-to-many [broadcasting] is not more than a feature on top of a platform, and if we want to be independent we have to change the course.”

When Meerkat launched this time last year, just in time for SXSW, it was THE app to be using, yet, for some social media folks, like me? A lot of us who do what I do and blog, do that just for that reason: We like to create dynamic content for our audience to engage and READ, not necessarily watch us live. I know for me, I am very self conscious on camera and thus, why you have yet to see me live much on my broadcast app of choice, Periscope.

Apparently, I am not alone with my camera shy-ness as that was the main struggle for the folks at Meerkat (and Periscope is seeing the trend, also); users start very gung-ho on their live streaming, then, have dwindled away.

(One of my Periscope videos that I uploaded to my YouTube channel.)

WHO SHOULD BE LIVE STREAMING?

Many Entrepreneurs have indeed made live streaming a priority for their business and are total naturals at it. Two I love to follow are Melissa Reyes over on Blab, and Mindy Marzec on Periscope. Both of these gals have seriously stayed true with their programs and are utilizing them brilliantly. Mindy has weekly themed segments like sharing her wedding planning techniques and including fun broadcasts like “Walking down Main Street USA at Disneyland” while Melissa has her “Ten Minutes in Tinsel Town” which takes her viewers to fun Hollywood and LA hot spots, as well as interviewing favorite bloggers (I was a guest back in 2014!) and, most recently, has launched a “Happy Hour” show that will have a little bit of everything.

Melissa and Mindy inspire me as they are as dedicated to their broadcasts as they are to their blogs. That is the key to live streaming: Consistency.

SHOULD I EVEN BOTHER? WHAT IF THEY ALL GO THE WAY OF MEERKAT?

Head honchos like Facebook and Twitter are getting very serious about live streaming. Sources within the company say that Facebook CEO Mark Zuckerberg is prioritizing its live streaming feature over other video efforts, and COO Sheryl Sandberg is making trips to LA to try andlure celebrities to its platform with promises of cash.

While over at Twitter, Periscope is starting to integrate into user feeds and CEO Kayvon Beykpour has been named to Twitter’s executive team.

I think it is safe to say that while live streaming and broadcasting continues to evolve, it definitely is an awesome tool to get in on; as long as you know you can devote at-least a half hour a week to your broadcasts. (Think 15 minutes, twice a week, at the least).

While I have been one of the users guilty of not keeping up with Periscope, it certainly is a great way to get your audience up close and personal with your adventures. 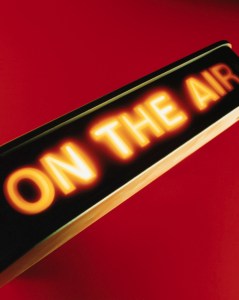 WHAT SHOULD I DO TO STAY AT IT WITH LIVE STREAMS?

I say, launch your account (Periscope, Blab, Facebook) then plan out at-least 5 segments, and, prior to going live, always alert your audience that you will soon be live. Example: Post on Facebook and Twitter, “In 30 minutes, catch me live from The Hollywood Bowl!” or, “Thinking of painting your kitchen? I will be broadcasting LIVE at 5pm with color ideas!” You get the idea. Make sure your viewers know you will be live, and make sure to shout out to them as you see them enter your broadcast 🙂

With all of this being said, Meerkat’s new approach seems to be more of a Skype or Google Hangout vibe, which is not a bad thing at all. Google Hangouts are wonderful for meetings, Q&A’s and, for, er, hanging out.

I hope you found this article helpful. Feel free to reach out to me anytime at alongcomesmary26@gmail.com to further chat about social media! xo